Lo and behold, in one of Papa N’s family’s events, I met his cousin, George. He’s the founder and member of the all male classical pop trio, The Angelos. Woooow! Na-starstruck ako and couldn’t help but ask for a photo with him. 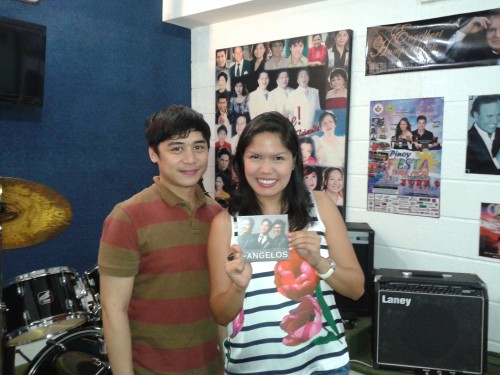 With George Sison Tagle, founder and member of “The Angelos”, inside his home studio.

The Angelos is now an award-winning group, as they have earned the respect of Aliw Awards, winning the “Best Group in Concert” category in 2009, as well as the Global Pinoy Excellence Award. After ko mapakinggan ang album nila entitled “From our hearts…The Angelos”, I can say na well-deserved ang awards na natanggap nila. Mapapa-jacket ka sa lamig ng boses and yet magkaka-goosebumps ka on how powerful their voices are, both individually and as a group. No wonder they’ve been asked to perform in numerous concerts, here and around the globe. They’ve even served as guest performers in international artists’ concerts, including those of Stephen Bishop, Dionne Warwick, Julio Iglesias, Engelbert Humperdick and many others. 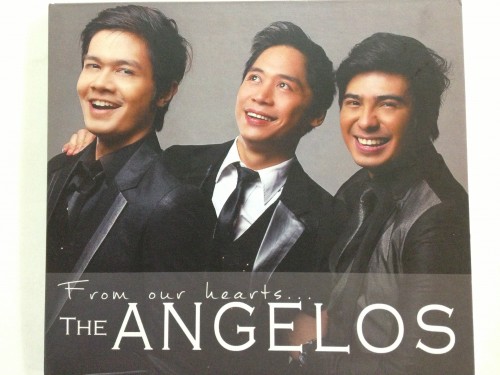 The Angelos (from left to right):

The Angelo’s version of the song, “Mula sa Puso”, their carrier single, has been hitting the radio and air waves. In fact, kakapanood ko lang ng MTV nila sa Myx! Pero my personal favorite is their rendition of “The Prayer”. Mapapa-“haaaaaay” ka, promise!

Grab a copy of their album at all leading music bars and catch their music video at MYX.