“2014 could prove to be one of your most social years on record, Sag! The isolation you endured in 2013 is finally coming to an end. Nothing is more unbearable to your free-bird soul than the feeling of being sequestered! Luckily, 2014 proves to be just the opposite.”

I don’t know what this astrologist was possibly high on, as 2013 was not at all an isolating year for me. To celebrate my 28th birthday last December of 2013, I decided to embark on a journey across certain cities in Malaysia and Thailand. Of course, there was the initial hesitation and questions of doubt such as “Will it be safe?,” “Is it practical?,” “Shouldn’t I just save for the holidays?,” “What about work? How will I ask for permission?,” and so on. In the end, with sufficient preparation and the proper, truthful attitude, everything fell into place. Fortunately for me, everyone, from my family to my bosses, were really cool about it.

While I was going to depart from the Philippines with my friend, I had to spend the bigger portion of the trip by myself, or at least by myself THEN make new friends along the way.

I left the Philippines with Angelica, a good friend of mine from back in high school. It was a great way to start the trip as Angelica was certainly a very seasoned traveller, and I got a lot of tips from her on travelling alone. Also, she took note of all the little details she knew I would forget and was one step ahead of me (literally and figuratively), most of the time. We left Manila on 29 November 2013, at around 8:30 PM.

Our first stop was Kuala Lumpur, having arrived in the city at around 3 AM. While I really wanted to still go out and explore the night life, we didn’t really see much, or anything, going down that night. In fact, the whole city was so quiet it felt weird and kind of violative of the city’s tranquillity when we decided to just sit out the balcony and drink at 4 AM.

During the day, it still felt like there weren’t that many people in the city. I’ll have to give it to KL though; inasmuch as a lot of people would find it boring, it nonetheless is a very clean city with a very organized and speedy train system. Even more, people on escalators know that they should stand on the right side and leave the left side for rushing passengers. (What’s up, Philippines?!) 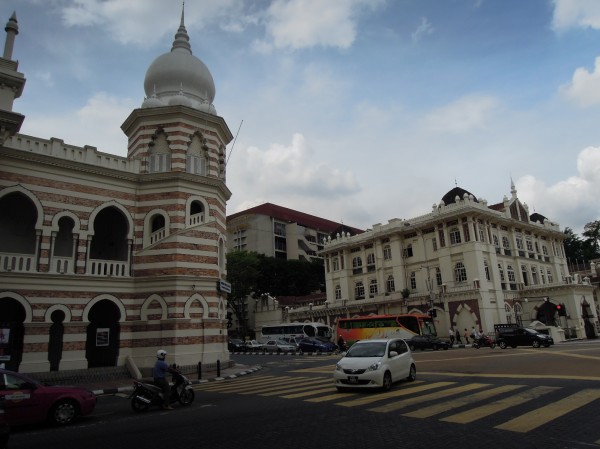 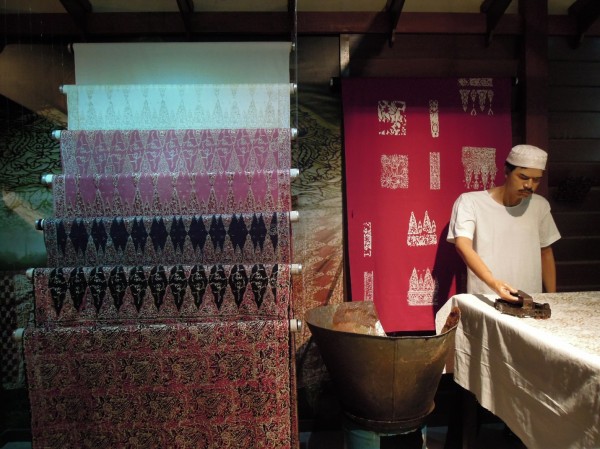 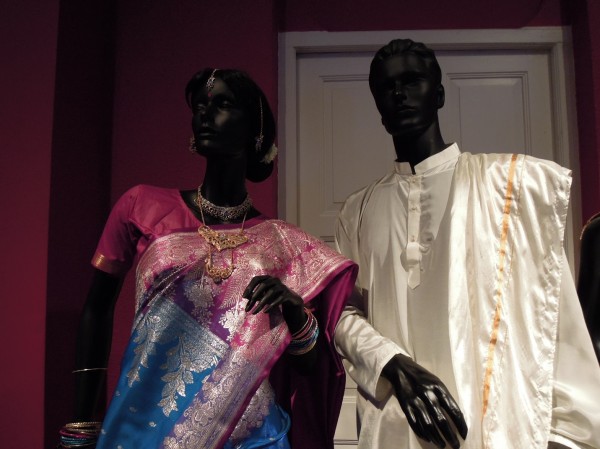 Scenes from the Textile Museum of Kuala Lumpur 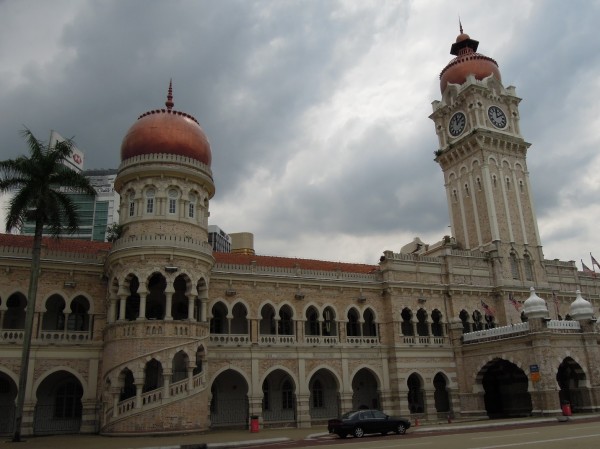 In KL, apparently, everyone’s at the Petronas. The place was full of people, both tourists and locals alike. And while Malaysia is a predominantly Islamic country, Suria KLCC (the mall) was teeming with Christmas decorations and holiday music at the time we were there. 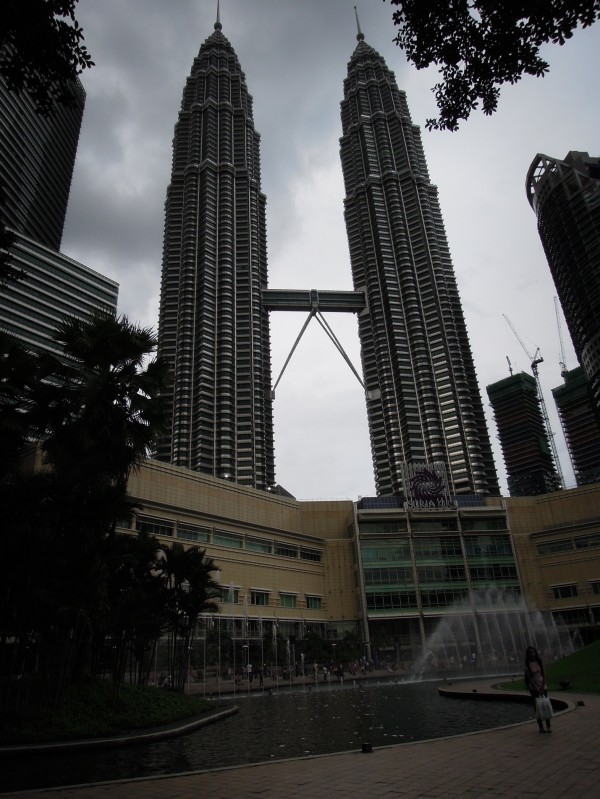 The imposing and intimidating Petronas towers

We spent about eleven hours in KL (with sleeping time) before heading to our actual Malaysian destination, the quaint city of Melaka. 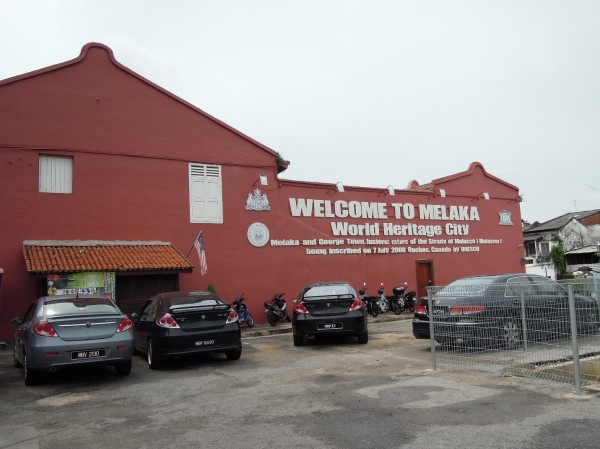 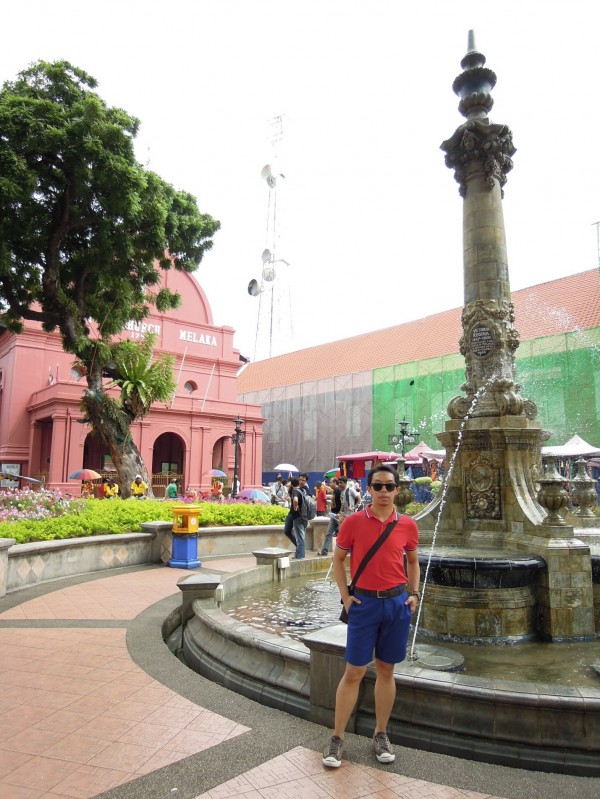 Hanging out by the fountain near the United Church, Melaka (1753)

Melaka is an old town, two hours away from KL via bus. Upon arriving, Angelica and I settled at our hostel, and decided that maybe we were just going to chill for a while before exploring the city, specifically the fun night market at Jonker Walk. It was so peaceful and serene it was unsettling at first, until I finally got the hang of it and surprisingly, really enjoyed the quietness of it all. 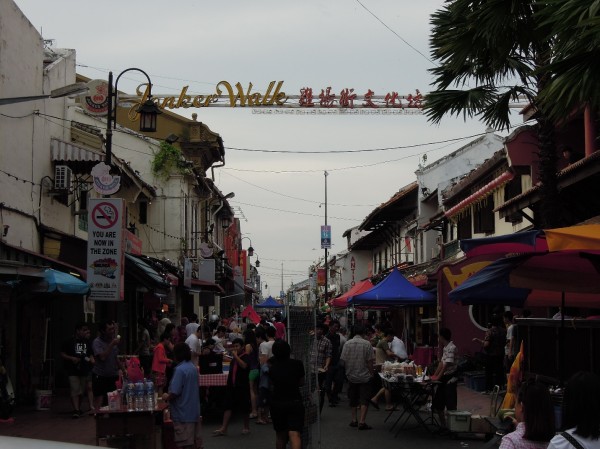 Jonker walk, however, was severely busy. It was fun with the right amount of chaotic energy to keep people hustle and bustle despite the generally quiet environment of Melaka. 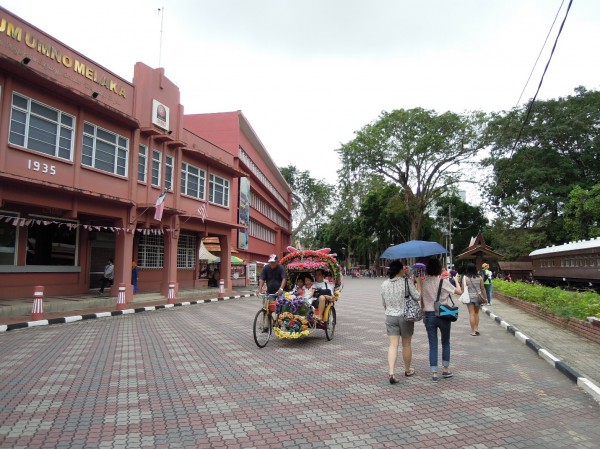 As an old, heritage town, Melaka’s not really the best destination for the party animal. There are some cool spots to hang out in like along the Melaka River, where there are some restaurants and the reggae bar, where we found ourselves chilling for the two evenings we were in Melaka. 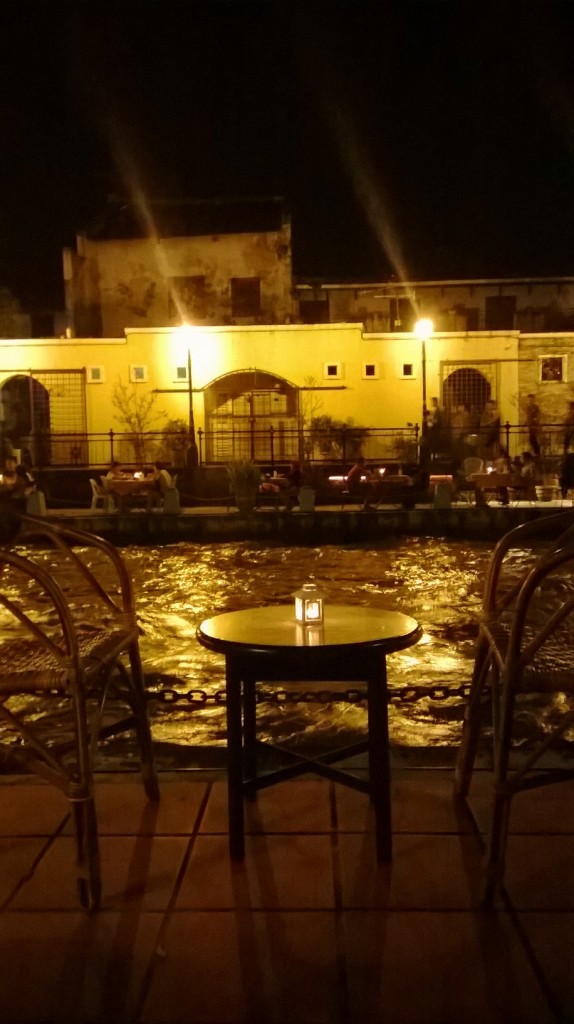 At the Melaka Riverside. This would have been potentially, really romantic. 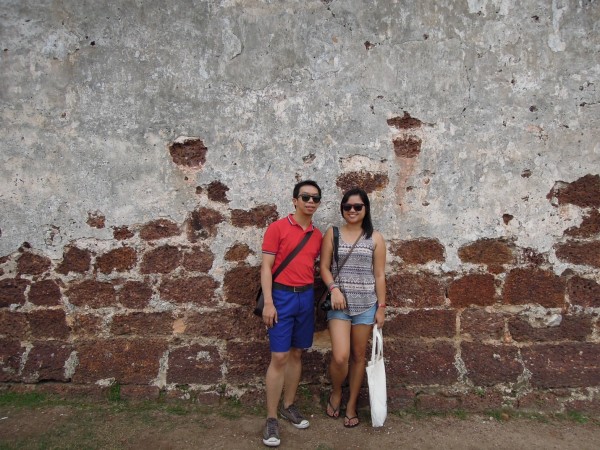 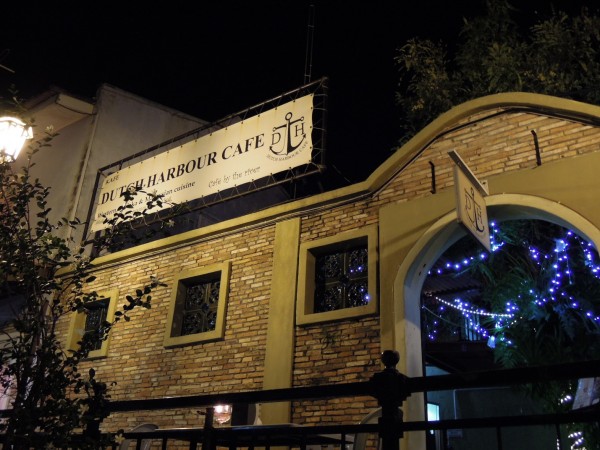 But, where there’s a will there’s a way. Despite the peacefulness of Melaka, we aimlessly walked and found ourselves gravitating to one of the city’s clubs. And, I’ll have to give it to the DJ, amongst all clubs, bars, and pubs I went to for the duration of my trip, this DJ in a small club of Melaka, certainly played the best music, and the most spirited at it. 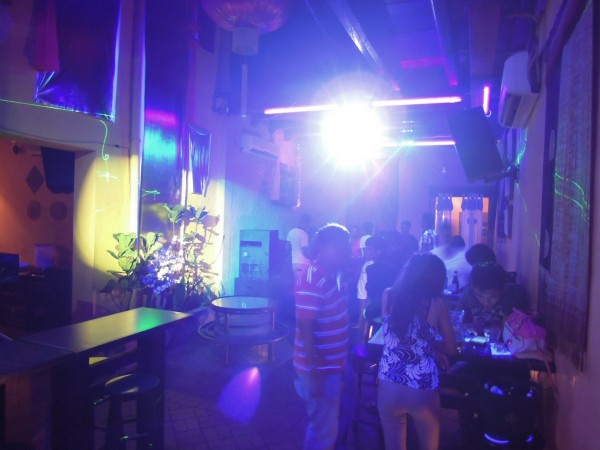 Yup, we found a club in Melaka

Did I tell you about the lovely co-existence among people of various religions in the city? Or how the locals seemed initially shy and reserved but will warm up and eventually reveal their nice selves once they’re treated with a cheerful smile and simple politeness? Well, there are those things as well to look forward to in Melaka. 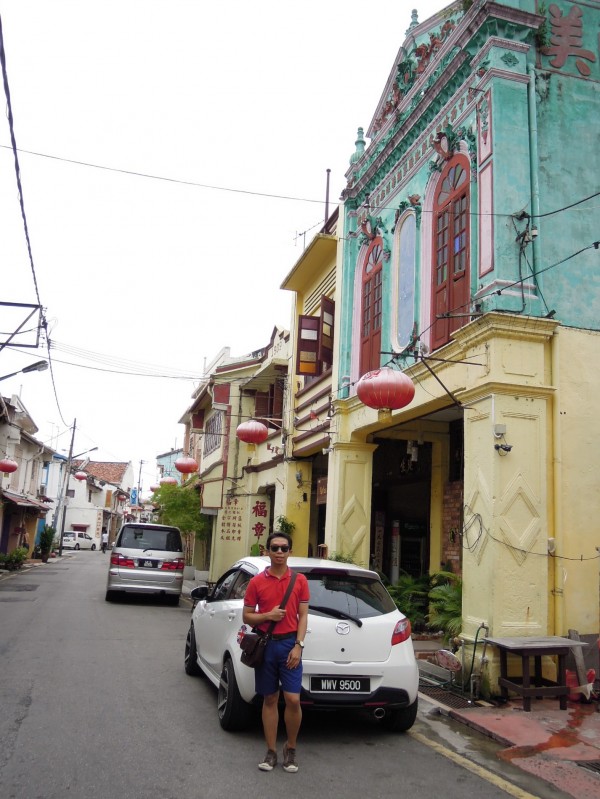 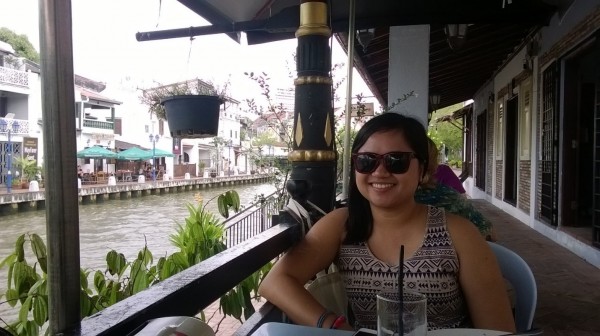 Hanging out at the Dutch Harbor Café with Angelica. 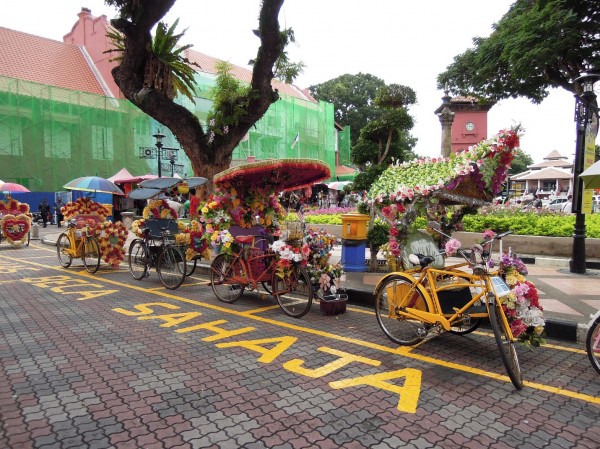 Tripping on the rides

Overall, I would recommend Melaka for anyone who wants to experience a little peace and quiet, but at the same time, do not want the option of having a few drinks and the party experience totally taken from them. While there’s a lot to see and a lot to eat, it’s the discovery of the awesomeness of tranquillity and the realization that there can be beauty in the calm that was truly rewarding for me.

Melaka, the calm before the storm.