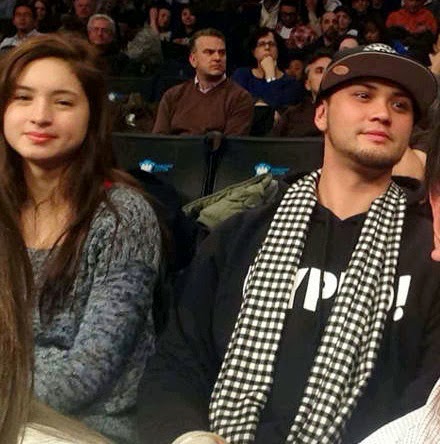 MANILA – “Yes, nililigawan ko. She is not my girlfriend yet, and I would love for her to be.”

This was the statement of host-singer Billy Crawford after a picture of him and “It’s Showtime” co-host Coleen Garcia together in New York went viral online, triggering rumors that they are now in a relationship.

In an interview on “Buzz ng Bayan” on Sunday, Crawford finally set the records straight, hoping this will put an end to accusations about him and Garcia.

“Coleen and I are not boyfriend and girlfriend. We are not a couple yet. That’s pretty much it,” he said.

“But to be honest with you, yes, I did ask Coleen to watch the game with me before leaving. I bought the tickets beforehand and I said, ‘You know what, I would love to go there in New York and actually spend time with you, to watch the game and have dinner,’” he explained, referring to the NBA match between the Brooklyn Nets and the Milwaukee Bucks at the Barclays Center in New York City last December 27.

But Crawford was quick to add that Garcia was never the third party that led to the break-up of his relationship with former girlfriend, singer Nikki Gil.

“I kept my mouth shut. I didn’t talk. I think that was my fault. But ako, pinanindigan ko ‘yung sa akin and kung ano ang alam ko, and Coleen is definitely not part of my past relationship at all,” he said.