A beauty queen and a character actor became the latest victims of so-called “riding in tandem” motorcycle-riding robbers, one of the suspects the victims described as resembling a deceased comedian.

Citing initial police report, the dzBB said the incident occurred between 10:45 and 11 p.m. in front of an eatery at Abad Santos Street in Barangay Little Baguio. 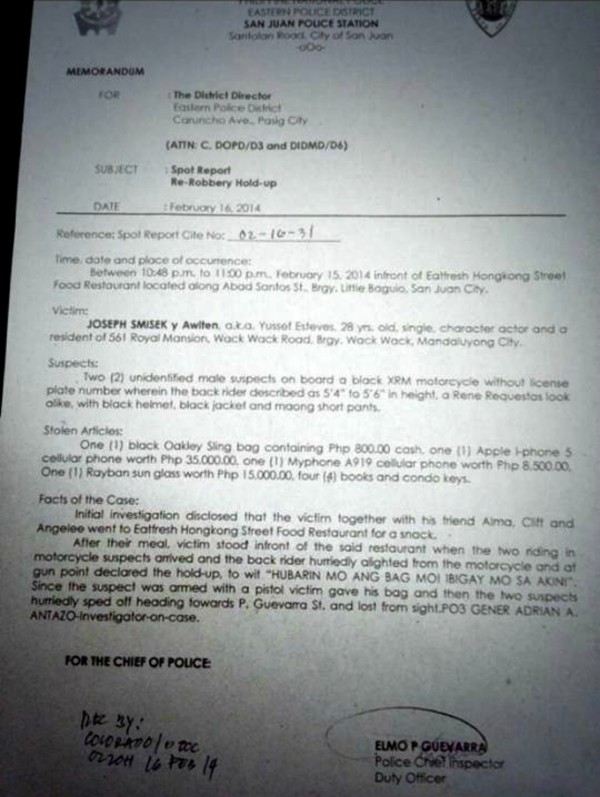