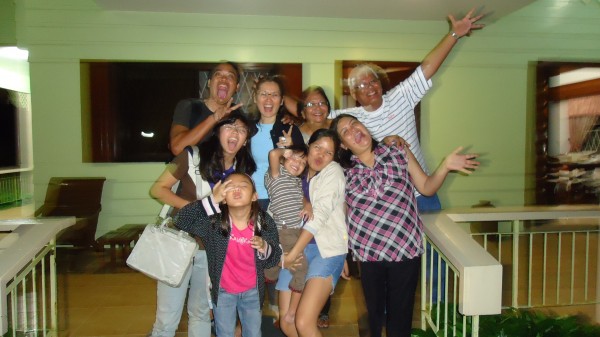 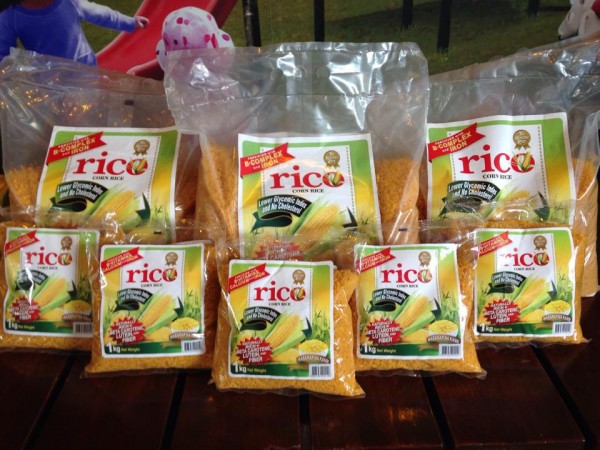 True, madaming white rice alternatives in the market. May red, brown at black rice pa nga. Well, what makes Rico stand out is that it is vitamin-fortified. It naturally has beta carotene (an antioxidant), lutein (for better eyesight), Vitamin A (for healthier skin), folate (for cell regeneration) and fiber (which aids in alleviating common digestive disorders). But aside from that, it is fortified with Vitamin B, calcium and iron. Kaya kung ako sa inyo, kahit magkaron pa ng pink, orange at green rice, dun na tayo sa yellow corn rice. 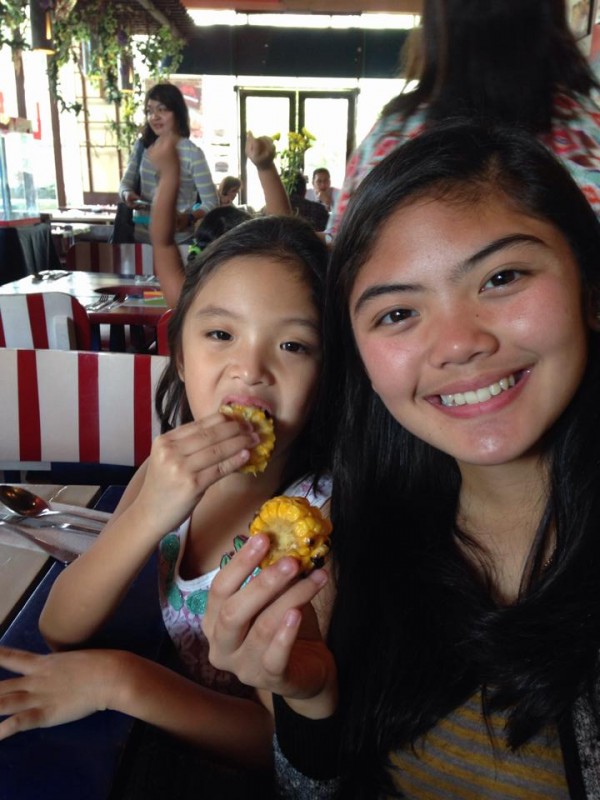 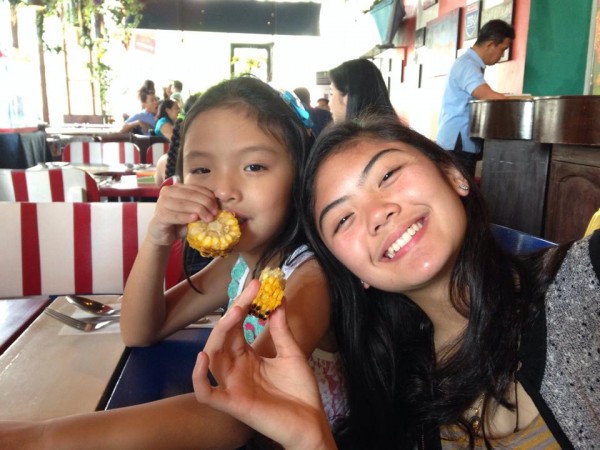 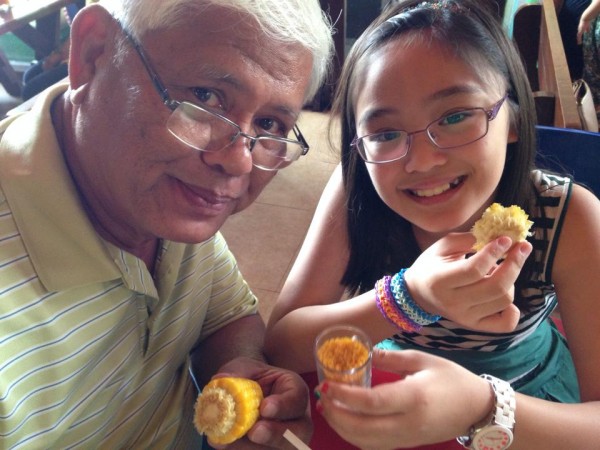 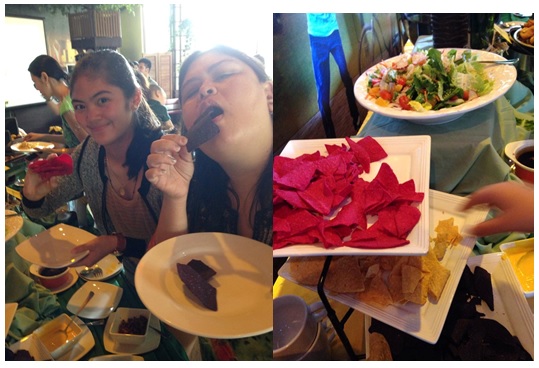 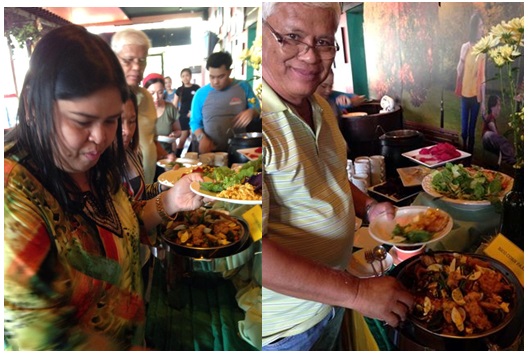 Because it has the look and mouthfeel of regular rice, pwedeng pwede ang Rico kasama ang favorite niyong ulam. And it can also be used in any rice recipe tulad ng paella, arroz caldo and yes, even champorado! 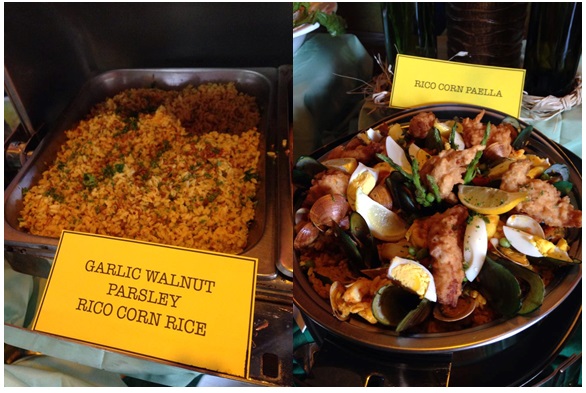 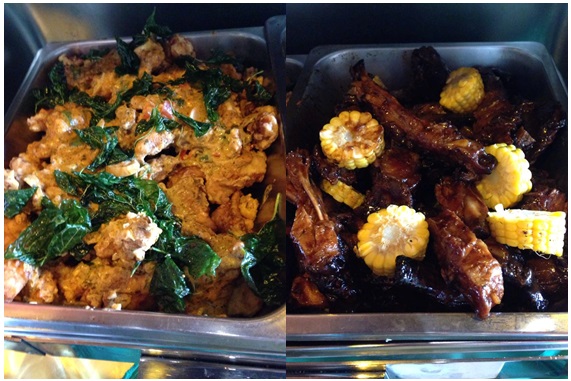 Rico went well with the flavorful chicken and the tender barbecue ribs served to us. 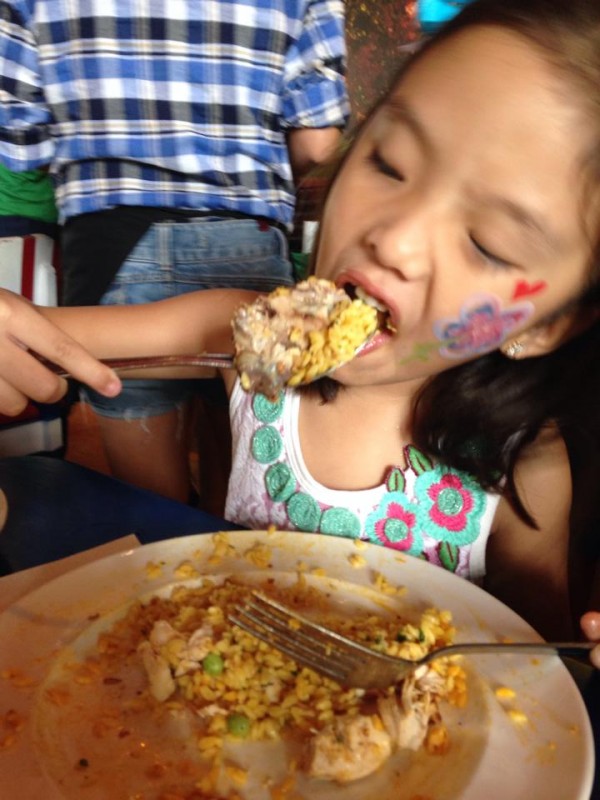 Si E3, na super choosy when it comes to her rice, also enjoyed. 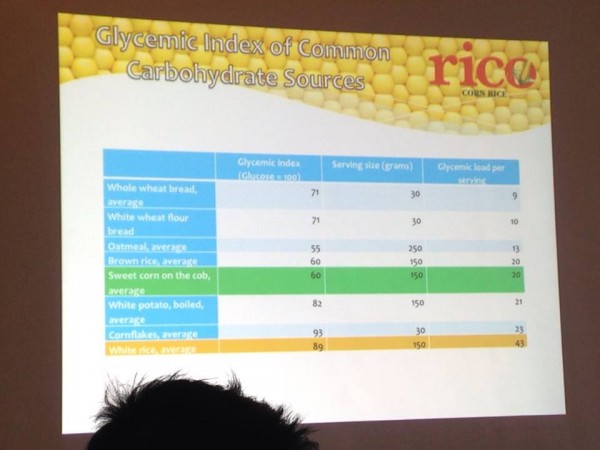 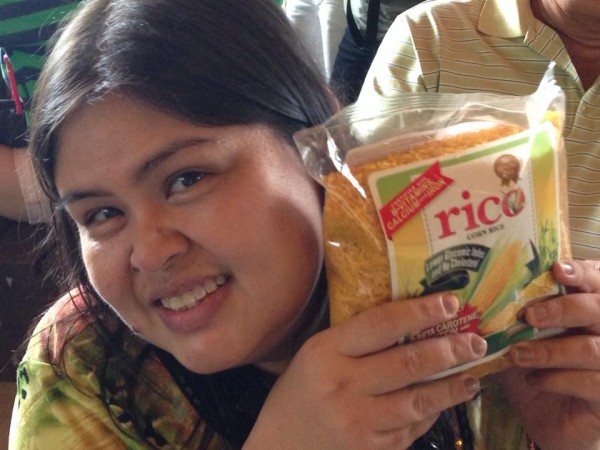 Aside from being healthier and tastier, Rico is even easier to prepare! Ms. Kareeza Cristobal of Rico Corn Rice demostrated how to cook it in just 3 easy steps — BOIL, POUR and SIMMER!

1. BOIL the appropriate amount of water.

2. POUR the Rico in the boiling water.

After cooking Rico, pwede na siyang kainin as is or you can fry it to make it even yummier. Ms. Kareeza showed us how Rico and La Filipina Corned Pork can be easily combined to make a yummy fied rice. 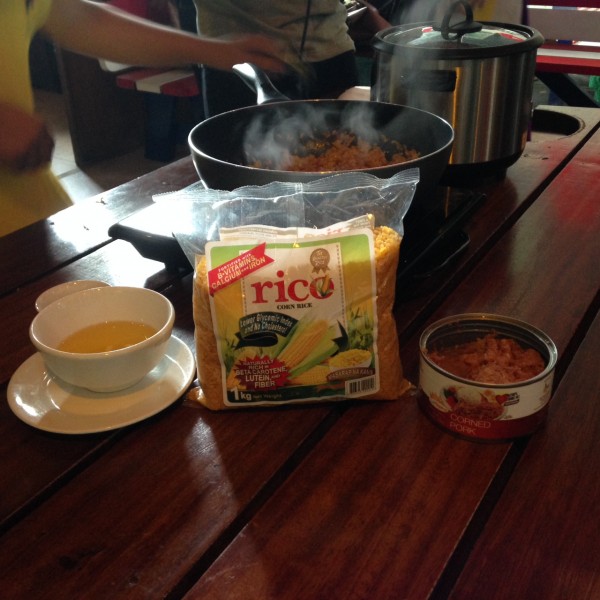 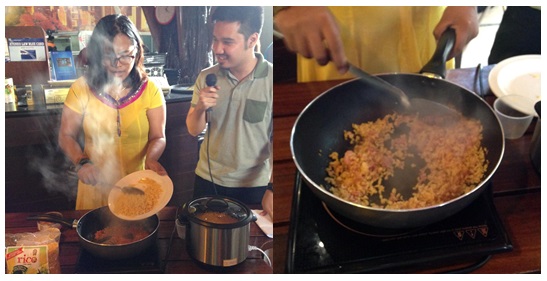 Habang ang mga adults were having cooking lessons, the kids were also having a grand time at the different activity booths specially prepared for them by Rico Corn Rice. 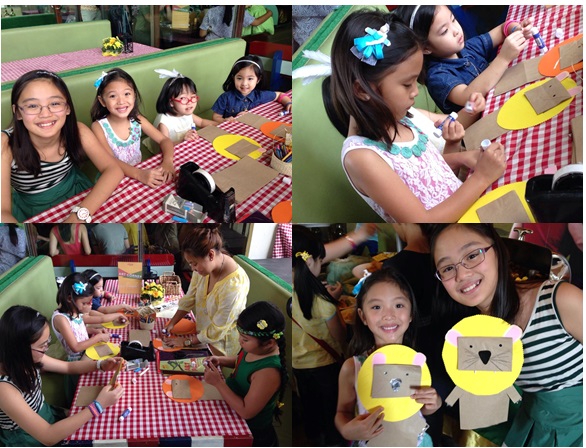 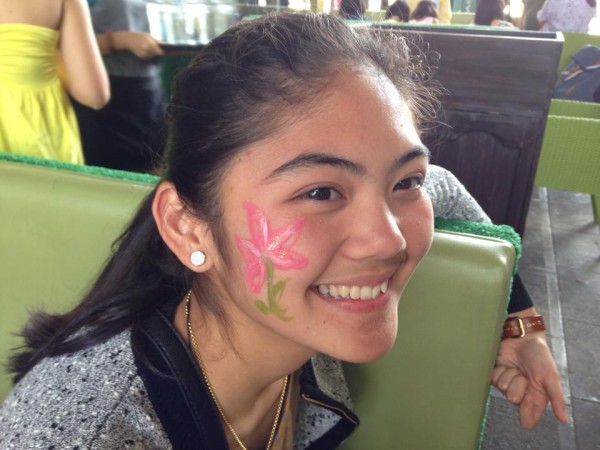 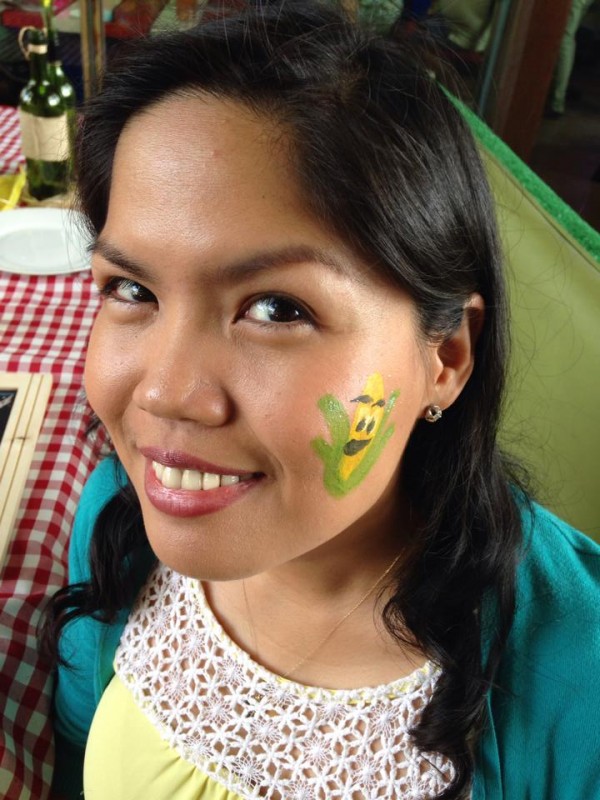 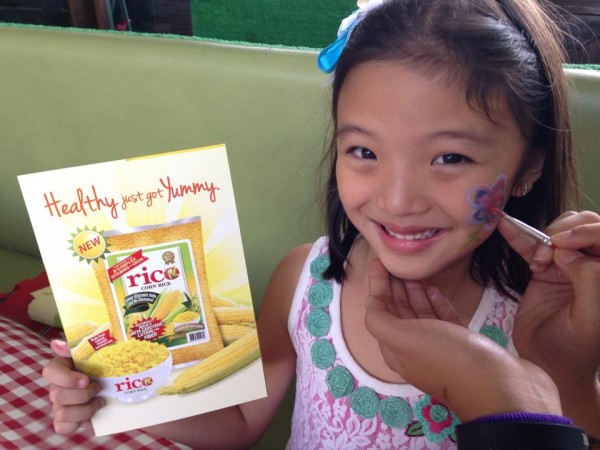 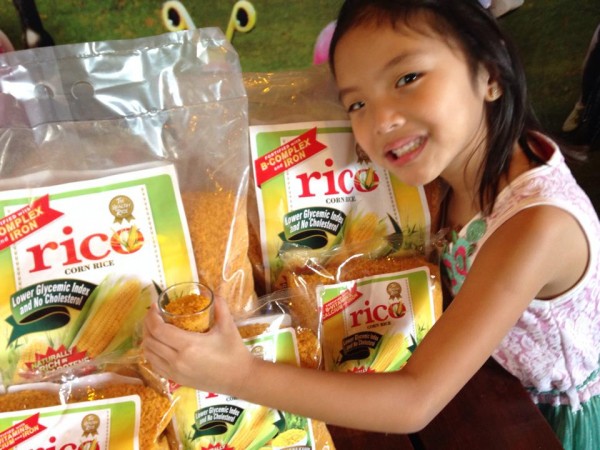 Everyone, from Father Thunder, Atekupungsingsing to the kids, enjoyed the afternoon. Thank you Rico Corn for the fun time and for sharing with us how WITH RICO CORN RICE, HEALTHY JUST GOT YUMMY!!! 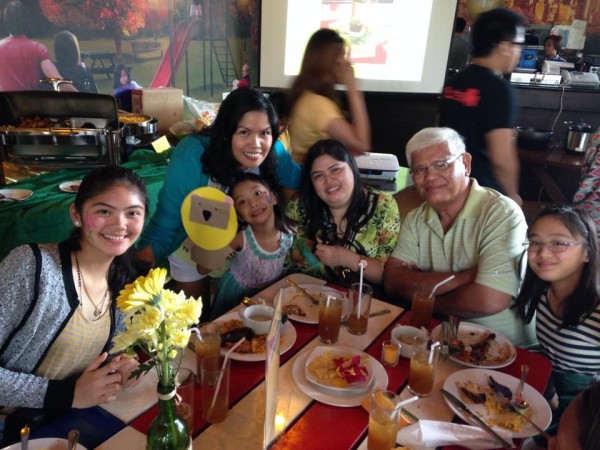 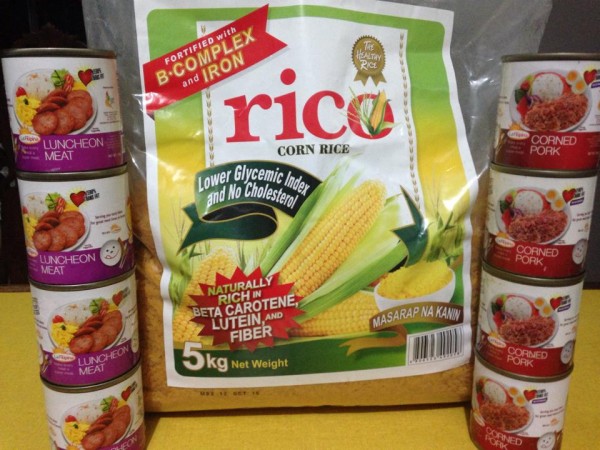 Rico Corn Rice is currently available at Ever, Pioneer Supermarket, Landmark, Hi-Top and Sta. Lucia. Soon to be available in all leading supermarkets. 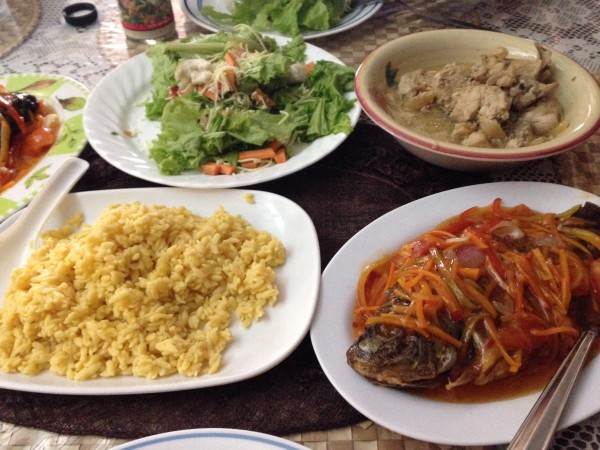