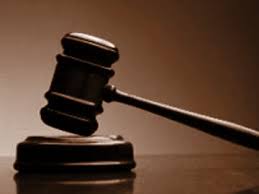 Yep. I did. It was heartbreaking. I felt embarrassed. I was apologetic to my parents and my siblings. I felt guilty because friends who did pass felt weird around me. I became slightly neurotic. There may have been a point there where I got clinically depressed — I didn’t get diagnosed though.

So it was tough. I hadn’t been the brightest in the class, but I wasn’t a goat either.

I decided that I would take the bar again week after I got the news that I effed it the 1st time. I won’t tell you what I changed or what I did different the 2nd time around. I used to try and cheer on others who have gone through what I went through and told them this and that. But I realized later on, I have no business telling them how to study. I still don’t know shit. So I decided that I’ll just be there for my friends and loved-ones who would go through the same ordeal.

For bar examinees, and law students, the bar at some point or another would seem to be the end-all and be-all of a successful career. The culmination of what seems to be a lifetime of studying and toiling. Passing the bar spells out that all of the sleepless nights, the recitation pains, the ulcers, anxiety attacks, the nail-biting, the “negotiations” with professors, and the drama was not all for naught.

It helped me that there were happy cheerful people around me. The president of the company I used to work for gave me an inspirational book (which I still have to return — thanks Boss). The VP for Marketing, who became one of my good friends, tried to entertain me and brought me on to his yacht with a bunch of other people and his wife told me that JFK took the bar 3 times. That helped. My boyfriend then, who had passed the bar was a tower of strength and was just amazing with me and dealt with all my tantrums. I would be forever grateful to him.

It will be shitty. I can’t begin to explain how shitty it could possibly be. And I am a drama queen. So I felt it probably 10x worse than what it really was. All I can say is that, this too shall pass…

So watch a funny movie, hang-out with your friends, read a book, go to Church, study again if you want, go shopping, work or work-out. But in the end, let me quote that inspirational book I read, The Greatest Game Ever Played by Mark Frost: “Never despair.”

Good luck and rock on.