I happen to be dating an American. Not just that, he’s also been in the hotel industry for about 20 years. This does not mean he’s all about gourmet dinners, balls and wine and cheese tastings – although he does all that. First time I met him, he was in jeans and a t-shirt having a beer, and looking sexy as hell. I didn’t see him in a suit until… well, that’s for another story.

Today’s lesson is: YOU CAN USE A SPOON FOR ANYTHING IN THE PHILIPPINES

“I don’t know why I bother putting knives on the table.”

Ahh yes. One of the constant struggles of CJ since he got here, and since he has met me, is watching Filipinos eat with a spoon and fork… instead of what he insists is the proper way of knife and fork. 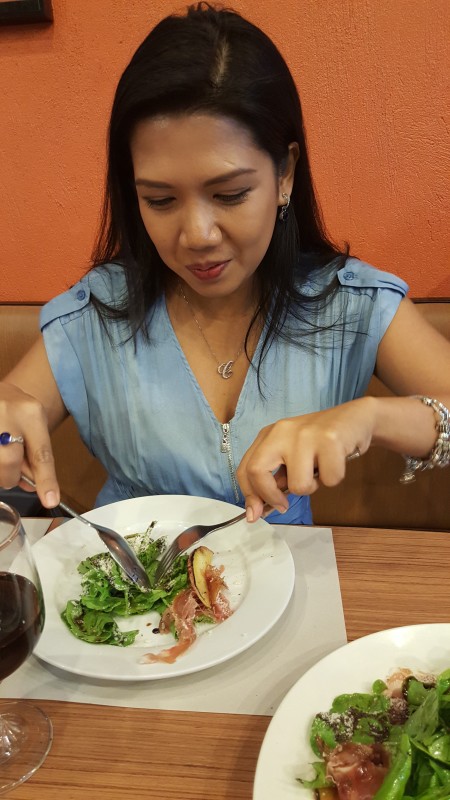 What he doesn’t realize is that the SPOON a.k.a. KUTSARA is like a deity in most Filipino homes. Most Filipino houses have the enlarged wooden spoon and fork sculptures hanging from the walls. No biggie. It just is. A constant reminder that Filipinos do everything with food… with a spoon and a fork.

Also, you can use a spoon to open a bottle of beer, as a music instrument, as a screwdriver, to peel vegetables… so yes basically everything.

Spoons are awesome. They even called it “spooning” for that reason… can you imagine what “knifing” in bed would look like… wait. Umm… iniisip ko tuloy kung ano itsura nun. And paano pa kung “forking”???

Yes, I will ALWAYS be the girl who eats with the spoon. I have mastered the art of how to angle my spoon to achieve the cut I want – whether I want a whole chunk of food, I wanted the ulam shredded a bit, or whether I just want the whole damn thing in my mouth because I’m so HUNGRY. How else am I supposed to have the perfect portion of rice to ulam ratio in one perfect subo?