So last time we spoke about Charlie Does, the hippest and coolest thing to hit Baler besides the swells and surfs…

Now we talk about …

WHAT IS HAPPENING AT COSTA PACIFICA?

As I may have mentioned before when I first wrote about Costa Pacifica, it is the premier lodging in Sabang, Baler. Rooms are not cheap (average range of P7000 to P12000 on peak season), but they are air conditioned, with a fun and playful design. The beds are SUPER comfortable. The entire hotel complex does not go higher than 3 storeys. It currently has the nicest pool in all of Sabang.

It also has the swankiest restaurant called the Beach House. The name may not be the most original, and The Beach House in UP Diliman always kind of creeps up in my mind when I see it, but Beach House in Costa Pacifica used to offer really good brick oven pizza and an amazing buffet breakfast.

Obviously last weekend was packed with people. Costa was fully booked. Apparently this is their situation almost every weekend. Since it was built, Baler has become one of the most visited tourist places in the country.

I wanted CJ to experience it and also have a gander. He’s been in the hotel industry for 24 years, and I know it always gives him a little thrill to see a new concept. 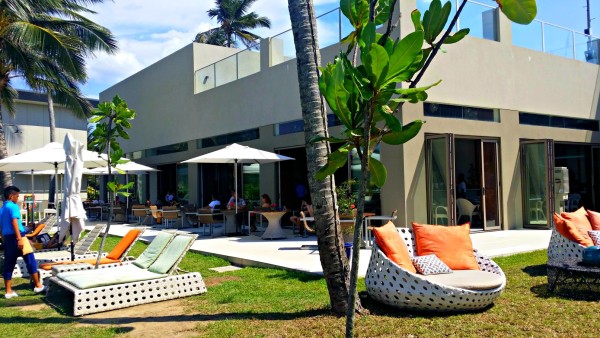 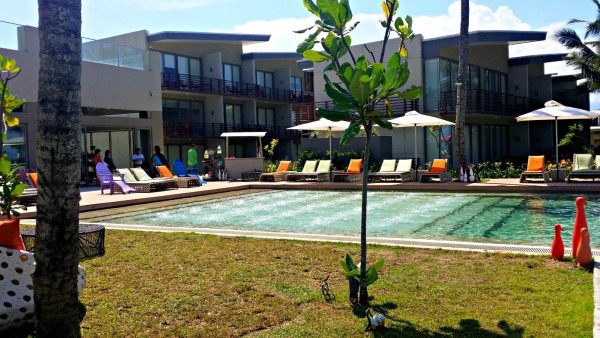 On our first night we decided we’ll get a few drinks at Beach House and take in the sights, i.e. people watch from the pool side. We were very warmly welcomed by one of the waiters who immediately gave us a menu. I was excited. I wanted a proper drink from what I then considered as a proper restaurant. We gave our orders. Just 2 G&Ts… also in consideration that everyone in the service staff seemed swamped. Plus, G&Ts are what you have in a hot summer night by default. I was advised that my Gin of choice was available. I did a little happy dance in my lounge chair. I deserved that drink. I drove straight for 5 hours that morning.

So after 3 follow-ups (the last of which I had to go to the bar myself) and 45 minutes later, we got ONE (1) G&T and it was not the Gin that I asked for. Since I was already too annoyed, I gave back my drink and grumbled out of Costa. My planned drinking spree fizzled out. What could have been an easy P2000-P3000 check just on drinks from us, became P0 for Beach House that night. Such a bummer. And we weren’t the only ones frustrated that night. I heard dinner guests already going up to the counter to follow up on their orders. The servers just disappeared. I think all the servers were put on duty to serve this VIP group. Double grumble.

We shimmied our butts over to the Beach House, excited to face the day. Then front-of-house girl says “Are you checked-in at Costa, ma’am, sir?” and we say “No we’re not” with a smile. Then she says, “I am sorry ma’am, sir, we are not serving outside guests. Only checked-in guests.” She turned away a whole family right before us too. I looked inside the restaurant and there were at least 10 empty tables right at that moment. So FYI, Costa Pacifica Beach House has a policy of turning away outside guests during periods of high occupancy in the hotel. Neither CJ nor I have ever encountered this before.

And finally, on our last night in Baler, Costa Pacifica Hotel went on total darkness for approximately 10 minutes. CJ and I were hanging out with some people across the way at Charlie Does, then the entire hotel just goes dark. And take note: it was just COSTA PACIFICA in the entire of Buton Street. And it was dinner time. We kept wondering why there did not seem to be a back-up generator that just clicked on the electricity.

Just a side-note – One possible reason for some of the mishaps is that Raintree Restaurant Group has pulled out of Costa Pacifica/Beach House – The highly successful company that launched and manages the likes of M Café, Momo, Rocket Room, Stella and the like, just up and left.

Stay tuned for more BALER OR BUST… (To be continued)