Today, some of my favorite people from work came to ask me a few questions to help them out with a report. They’re all taking their masters degrees, all women, all vibrant and promising, all future leaders in whatever field they are to pursue. They’re just some of the reasons why I love my job — these inspiring and lively women.

The theme of the discussion they brought to me was “powerful women”, and they thought they would select me as a representative of this “class”. It was to help formulate an ad/copyright project they were working on. And they’re arrival at my doorstep, so to speak, came at such an opportune time, although they may not have known it.

One of the things I told them was that I never considered myself “powerful”, in any sense, at any time in my life. In fact, currently, I feel like all the outside forces seem to be converging upon me, weighing down on me and testing me at every turn. So I cannot say I am powerful, and a powerful woman at that.

I would rather say that I am strong woman. That I do not bow my head down to bullies and misogynists, no matter how thinly veiled their actions are. I choose to act with integrity rather than pander to those who wield their influence to serve their own interests. I have never been good with authority anyway. J My actions will never be popular and I may not be everybody’s favorite cup of tea… and you know what, that’s just fine.

I’d like to say that I have been through it all… discrimination, sexual harassment, and ridicule for belonging to the female gender… but I know some women have been through far worse than me. Far, far worse, and yet they plod on. Some survive, and there is already strength in that. Some champion their cause and find a way to end the cycle, at least in their own little patch of the world. And then there are some, who have just been pinned down so hard that they can’t wriggle out of the ditch they were thrown into. And that is when strong women demonstrate their power… in lifting up other women, or any other person up for that matter. 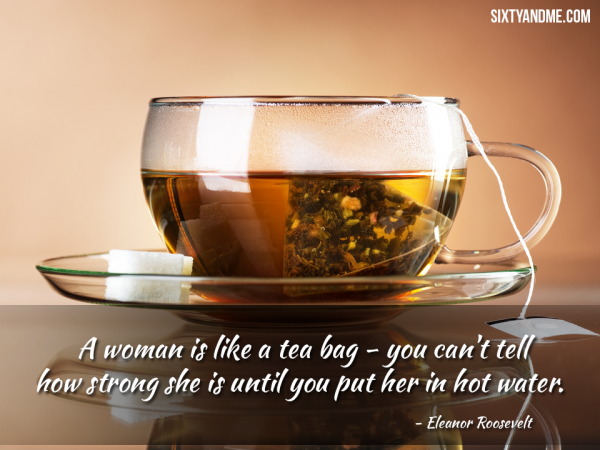 The women I consider powerful I think never really sought power. They sought primarily simple, integral things: respect, freedom, success in their own endeavors and most importantly, the opportunity to improve the lives of others. I believe powerful women become who they are because of the influence WE let them have on us… or better yet, the inspiration we allow them to bring to our lives.

Let’s all aspire for strength.