My dad was a salesman. At dahil salesman sha, when we were quite young, palipat-lipat kami ng bahay. Hindi mapaniwalaan ng mom ko pag sinasabi ko sa kanya before na naaalala ko bits and pieces of the time when we used to live in Pampanga. My dad was assigned to handle accounts in Angeles and we were renting an apartment there. I distinctly remember the stairs that goes up the second floor of our apartment and that we had a neighbor that had a dog and I would play with it every morning. 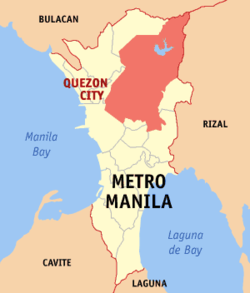 When he finally got transferred to handle Manila accounts, we first stayed in Project 7 in Quezon City. I was about 3-4 years old when we were there. Buhay na yun kapatid kong itatago na lang natin sa pangalang G (kayo na bahala mag-isip kung bakit G ang initial na inassign ko for him.) Malapit bahay namin sa house where my dad grew up and where my lolo and lola used to live. Gaano kalapit kamo? Sobrang lapit nya na hinihila ko si G, who was about a year old then, to go through this tiny eskinita towards the next street where my lolo and lola would be waiting for us. Walang yaya yun ha. Hindi ko din maalala kung nagpapanic mom ko pag nawawala kami.

Noong nasa project 7 din kami naganap ang EDSA revolution. Shempre para sa batang walang ka-muang muang, para lang shang malaking street party. Naaalala ko na nanonood kami ng Channel 4 noon tapos nagtaka ako bakit umiiyak yung mga news people, tapos ayun na…ang saya saya lang… naka-yellow lahat ng tao. My parents took me and G to EDSA with my other titos and titas. My dad’s sister, who was actually forced to escape to the US during the Martial Law rule because she was being hunted by the military for being an activist in UP was able to come home with her American husband, Tito Bob. Tito Bob was the one who had me on his shoulders while we were walking along EDSA (well it wasn’t EDSA then of course). I remember asking my dad why there were throngs of people walking towards the north and a whole different group walking to the south, and his explanation was the people in yellow walking to the south were for Cory and were the good guys, and the people wearing red walking to the north were the Marcos loyalists and were basically the bad guys. Simple. 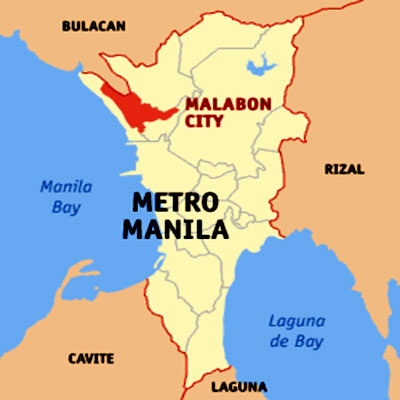 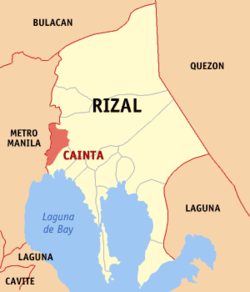 Sobrang daming memories na talaga dito but I’ll just pick a few. My first story is entitled: “The Christmas Santa Forgot” Sounds tragic. Dehins. It was one Christmas morning. G and I woke up really early, like 7am and rushed to see what was under the Christmas tree. There was nothing, absolutely nothing from Santa for us. G and I were heartbroken. My parents came over, obviously distressed and tried to comfort us. Ma reasoned that maybe Santa was just running a little late because after all, he came from the North Pole and Cainta is soooooooo far away. I pointed out of course that it has never happened before. But she insisted that that was the reason and that G and I should go back to our beds for another hour or so to give Santa a little more time. So my brother and I sulked and went back to bed. A bit later, my parents woke us up. Still no gifts under the Christmas tree. Dad said let’s just go play with the dogs at the backyard. So we followed him to the back of the house where we had planted 2 mango trees… and lo and behold — there were nicely wrapped Christmas presents there! All from Santa!!! Dad said thoughtfully, “He must’ve been in a real hurry and thought the mango trees were our Christmas trees.” That made sense to a 7 year old of course. G just didn’t care about the explanation.

A few years later, (when I was 12 and I finally gave up on Santa Clause being an actual person) I asked ma about that day when Santa left the presents at the back of the house. She nearly fell off her chair laughing. “Your dad and I over-slept Christmas day. Usually we wake up at 5 am to be sure to leave the gifts under the Christmas tree for you kids to find… but that day for some reason, we just didn’t! So, we got you both back to bed and just left the gifts outside for you to find.” Brilliant, don’t you think? 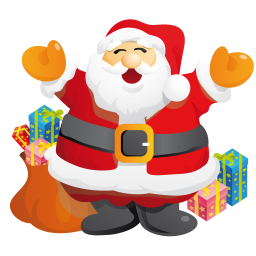 My second story should be called “Little Carrot”.

It was a regular weekend at our house, and my mom was preparing food for lunch. G was playing in the sala, and I was bothering mom in the kitchen. And then I saw it. Little tiny red and orange colored SILING LABUYO.

It was fascinating. So I picked up one orange colored one and yelled out: “G!!!! Come over here!”. G was around 5 years old then, and I was about 7.  So he came over, all wide-eyed and expectant. I smiled and showed what I had in my hand, “Look” I said, “it’s a little carrot.” He took it curiously from me with his small chubby hands and looked at it, and I told him “Go ahead, eat it. It’s really nice and sweet.” And he did. Let’s just say, mortal na kaming magkaaway mula noong araw na yon. BWAHAHAHAHAHAHA! He’s never forgotten it — but he’s never learned either.

Just about a year ago, we were at a spa together and it was really quiet. He was new there and I’m a regular customer. They always offer really hot towels while you wait for your turn. So I got one towel from the tray, holding it on the edge, and said to G “Here’s a cold towel, helps you relax.” And he grabbed it with his entire hand… he couldn’t scream out in pain because one: that would be gay, and two: there were people getting their massages. He had to settle cursing me under his breath. Yup, he still hates me. Hahahahahaha!!!

And AWESOMEST ATE AWARD GOES TO….???