I therefore devised a system for myself that I have grown accustomed to and have grown to like quite a bit. My system is a rather chaotic social calendar that basically follows the “go-with-the-flow” mantra. I have done yoga, aikido, flamenco, salsa dancing, quiz-nights, raves (yes, raves), cigar lounges, street parties, and done not entirely legal things, and so on and so forth… just to keep myself occupied. I have met different kinds of people, gone to the darkest clubs, seen weird things, had the most inane conversations with strangers and friends.

Fortunately, the night that I lost my bra, I was positive that C was there with us.

It was the night that Fuerza Bruta was performing at the Manila Hotel. It was quite a spectacular spread – and I’m just talking about the make-shift bar where everyone was supposed to have their pre-show drinks. J, whom I had just met that night, treated everyone to drinks and cocktails and we were totally smashed by the time the show ended. It was one of those rare moments when C actually made it in time for something, and he enjoyed Fuerza a lot — I think thing talaga nya ang inter-active theatre, lalo na dahil may mga babaeng sumasayaw sayaw na basa from head to toe. 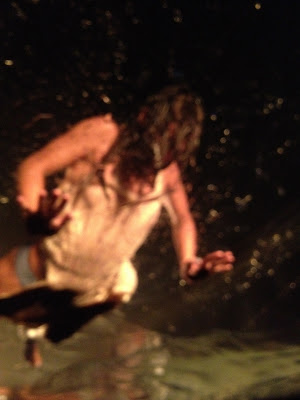 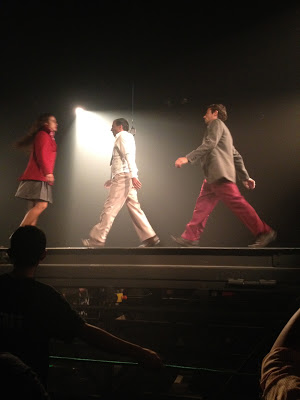 Of course, H insisted that we still have a night cap. We piled up in her car. I don’t know who drove my car back to Makati actually… and when I say piled up, I mean piled up. Four girls in the back of an SUV, on the floor, falling one on top of another — and apparently we still needed a nightcap. Did I mention that this was all happening on a Thursday night? The next day C was telling me that he couldn’t believe the stuff we were doing at the back of that car… but I’m getting ahead of myself…

So we reached Masseto’s Bar M in Makati. Very posh, very sleek kind of speakeasy — while we were all far from being sleek and polished that night… and of course we all just went about drinking again. I had my super swabeng Japanese single malt scotch… and I woke up the next day at 8am, thankfully in time for work. 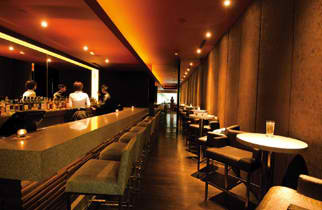 Inside Bar M. Photo from asiatatlerdining.com

Naturally, all my clothes from the previous night were all over the place… had to reach for my shoe from under the sofa (typical), and checked if all my belongings were still in my bag. I was putting my clothes in the laundry and that was when I noted that my bra from the previous night was missing. I had to pause for a moment. I sat down on my bed. I’ve never in my 30 years lost any piece of underwear after a night of partying — ever. So I was in a bit of a panic. I was still living alone then. My apartment was small, so I was confused as to why I could not find it. I looked under the sheets, the pillows, the bed, the table, the banyo, the sofa…I felt a wave of nausea come over me, and I hardly ever get sick even after a whole night of drinking.

C is just so used to having the weirdest conversations with me. I don’t think he really even batted an eyelash.

Twiddled my thumbs a bit after talking to my awesome boyfriend… then H sends a message in our BBM group:

At this point I entered my banyo already, ready to give up, and accept that the whereabouts of my bra will remain to be a mystery. So I took a shower, and I could here the message alert sound of the BBM— knowing fully well that my girls were all chatting about my missing underwear. Then lo and behold… my arb just dropped like out of nowhere when I pulled off my towel from the rack. HALLELUJAH!!!!

My girls will never let me live that story down, so I thought I’d just own up to it. It’s still one of H’s fave anecdotes to-date. Yet, though the arb was found, the mystery of how it found it’s way where it was still remains… and the rest of what happened that night will forever be just another black-hole in all our memories.