“Hi. Sorry for sudden notice, but Isla is in town today. She is available for a bay cruise, if you can organize it.”

I haven’t seen Isla for a while. She’s beautiful, elegant, reliable and extremely fun. I first encountered her around 2008, and Apa was playing Kuya to me at my first job out of law school, as in house counsel at this local company. One day Apa took me to see Isla, and I have been a fan ever since. 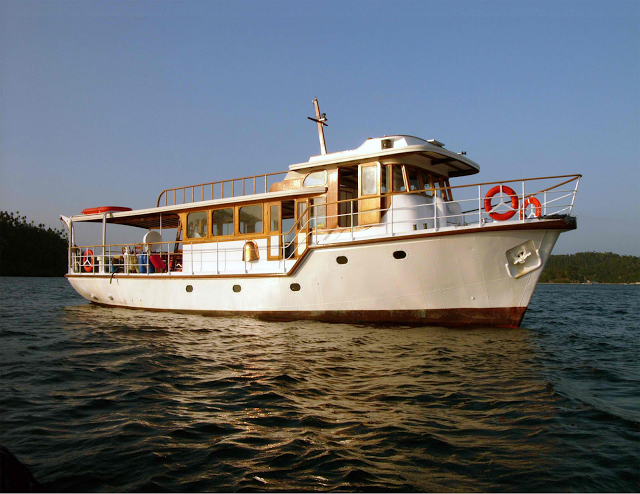 (MY Isla. Photo from www.subicyachts.com)

Isla is Apa’s 40-footer vintage yacht. Based on the design, it was built in the 70s in Hong Kong. It has 3 cabins, a male/female restroom, a roof deck besides the main deck, and the most important thing — a good-sized fridge/freezer. Apa and his business partner decided to retain the wood and the white paint, which I love. It gives it that laid-back, clean, elegant feel. And some of the electrical stuff on the boat are actually solar powered. Isla has 2 solar panels on the roof and Apa is extremely happy about being able to save on some money on electricity.

She retains a 5-7 man crew on the yacht, all very skilled and very nice. Apa, as sound business practice, manages the yacht as a cooperative, where the crew would actually get a percentage of all charters of the Isla. So the crew takes care of Isla, and Isla takes care of them. 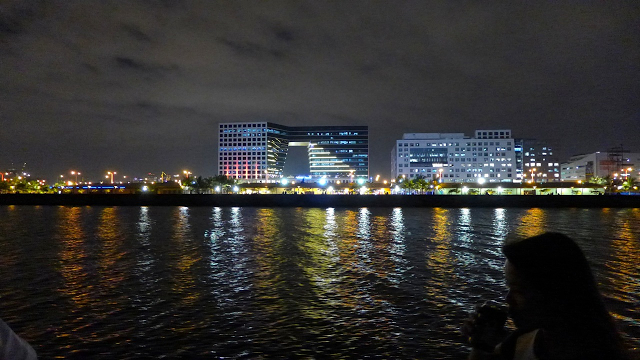 (View of MOA grounds from MY Isla. Photo by RGOngpin)

We’ve had many fun times on the Isla, usually cruising around Manila Bay. We would just bring our own food and drinks and music. Isla has a kitchen with wine glasses and plates and everything na. Then there was this other time that C and I ran out of rooms in Subic, so I asked Apa if we can stay in one of the cabins, and he let us…so C and I were there for a couple of nights, and then took a few lawyers from the boring IBP convention for a cruise around Subic Bay.

So anyway, after I got that early morning text, I tried to round up a few people whom I knew really needed a breather… and those are people from the campaign team of course. 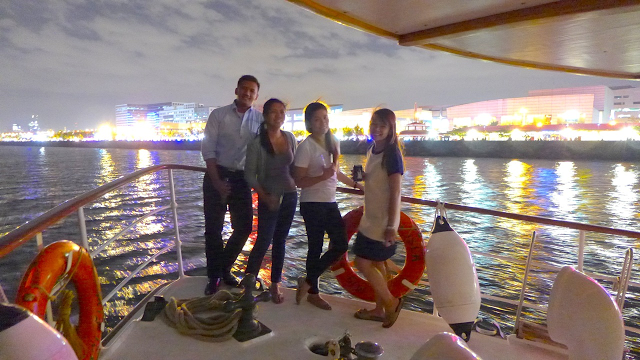 Off we went on a nice leisurely cruise, (with Apa as photographer) and appreciated Roxas Blvd, MOA, and all the other reclaimed areas along the bay from a different perspective. By the end of the trip, we were already planning a friend’s bachelorette party on the yacht.