Julie is my childhood friend and one of my closest and best friends until now.  We are both daughters of retired Army officers… were neighbors in Jusmag and went to the same school in elementary, high school and even college.

When we were in college, Julie and I took the PMA entrance exams. Wala naman kaming balak pumasok. We just took the test for the heck of it. Julie topped the entrance exam (I passed but I didn’t top it). Julie, I think, took this as a sign and pursued her military education.

If you know Julie, you would never think she’ll make it. Ibang klase ang babaeng to… magkadikit ang siko sa waist sa kakikayan but at the same time, she screams like a man and loves (or used to love) making gorilla sounds. But then, she made it, and now works under the AFP Chief. Levelz!

Just want to share with you an article about how Julie balances work, family and her personal life. 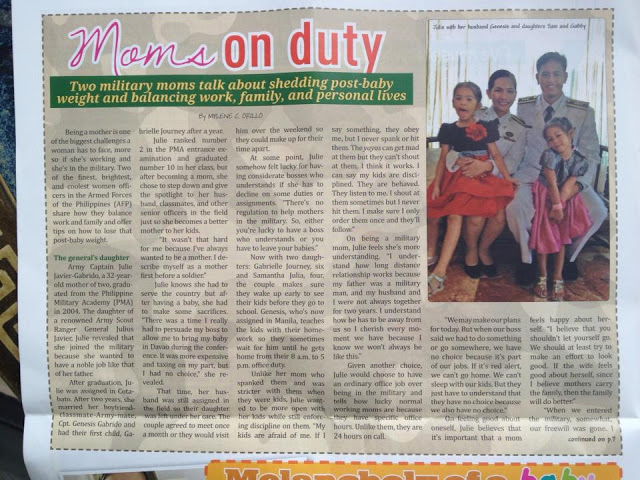 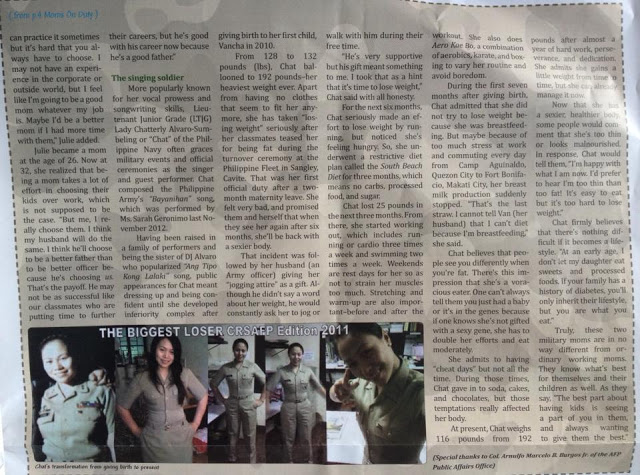 I am so proud of Julie. She’s a great mom, wife, friend and a hero of our nation. Pak! Pag-magkagiyera, puwede bang kami unahin mong salbahin?! 100 push-ups nga diyan, Juls!

But I think, she was meant to go to PMA, so that she will meet her Romeo in camouflage attire… ang tanong, kung ang mag-asawa parehong sundalo, sino ang under?