On July 27, 2003, after a party at a block-mate’s house, I kissed C at a coffee shop, and my life was never the same… Kasi mula noon, inassume na nya na dahil hinalikan ko sha eh dapat maging kami na… ako naman si gaga, naki-ride.
So here we are, almost 9 years later, and we’re still blaming each other kung sino ba talaga may kasalanan kung bakit naging kami.
With our upcoming 9th year anniversary I am left again in a quandary – what in hell’s name am I supposed to get him this year??? You would think that because my boyfriend has been known to be a very down-to-earth, simple guy that I wouldn’t have problems getting him anything… but no… maarte talaga sha.
I have tried giving him gifts in the past, what with my measly allowance back in law school, coupled with my constant gallivanting and drinking sprees, I did manage to give him some things that I thought were pretty nice… I got him a watch, perfume, some shirts before I think. When I started working I got him a belt, wallet, shoes etc…
There was even a time when I used to write him little notes and cards and sappy love letters…but after a couple of years, and I realized he wasn’t writing me back and in fact REFUSED to write to me longhand, or even effin email me a love letter, I stopped doing it too – it was just getting ridiculous.
These are the things that I know C REALLY likes (in no particular order):
Truthfully, none of the above appeal to my sense of gift-giving.
I was making him kulit the just last night. I had to go and ask him na kasi I’m just totally at a loss already — and I was getting irritated that he was watching the Ginebra vs. Talk n’ Text game while I was talking to him (Btw, sorry Coach Chot, you’ve been awesome… and iba pa rin talaga ang Barangay Ginebra). Sinagot naman ako ng loko — “Can you get me a nice tie?” … exciting noh?!
I wanted to tease him since he always just goes to work in his polo barongs that he claims are awesome because they don’t crease and are really easy… but then he looked so earnest. I guess he wants to start looking more grown up now that he’s 31, and he’s heading to bigger and better pastures VERY SOON (hehehe! Sa mga friends, wag muna mashado maingay…)
Well, I guess I’ll get him a tie then… and give it to him Pretty Woman style … hee hee hee!!! Now, did Julia Roberts have her hair up or down in that scene…??? 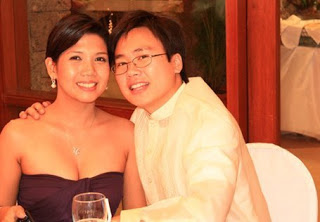