Readers below 18 years old are

Two weeks ago, I wrote about Loudette’s (“L”) Despedida de Soltera at Rustic Mornings. Now, I’ll share with you her bridal shower organized by the TSN girls and L’s sister, Kay.

The theme was sexy geisha. We saw this cute geisha cartoon from digital-art-gallery.com, and thought it would be a cute logo for L’s bridal shower. True enough! 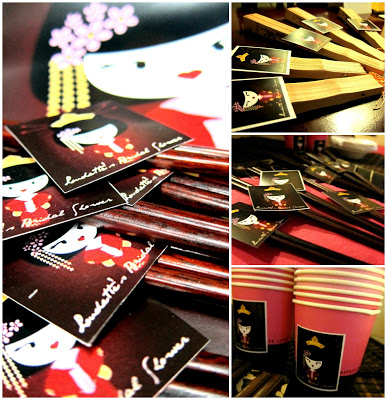 Kay sponsored a two-bedroom suite at a condotel in Makati. I recommended the place because I also attended a bridal shower there before. But when we checked in:

Ma’am, we just want to advise you that

Uh-oh… but we didn’t lose our cool.

P said “okay” with her poker face while I was praying na hindi makita ng receptionist ang mga party paraphernalia namin na dala ng bellboy tulad ng bamboo sticks, tall vases, umbrellas, etc. The bellboy didn’t squeal. Baka dahil he was silenced with our P100.00 tip? But the security guard who escorted Kay squealed!!! He made choochoo na we decorated the place and all. Anyway, ang peg namin is that Kay is a balikbayan, which is actually true, and we gathered friends to have dinner at the room. The hotel office kept calling us every time a guest arrived, saying that the room is already crowded, etc. But kevs, ituloy ang kasiyahan! Sayang ang efforts namin noh! 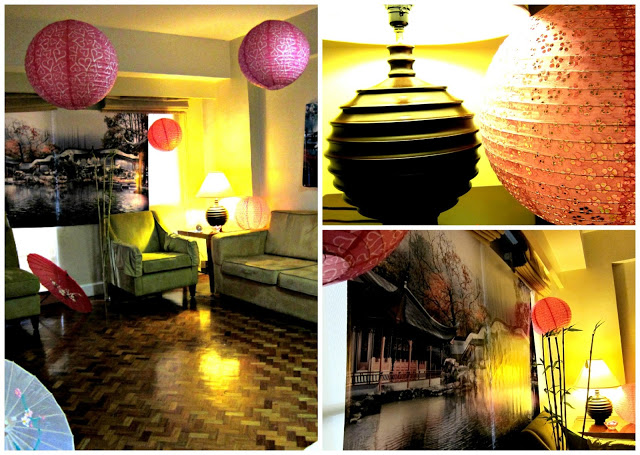 Bamboo sticks from Divi and Baclaran

Guests came in their geisha costumes. We had ours made by Popo. 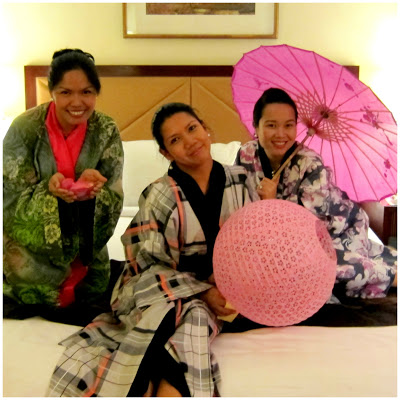 Every bridal shower should have kinky games. 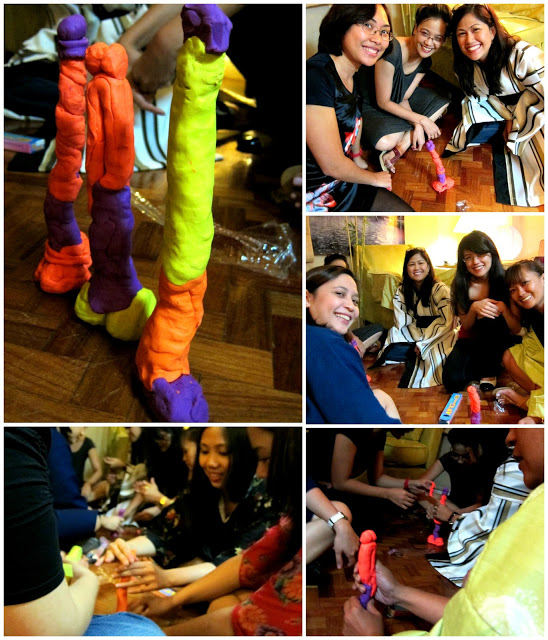 The guests were divided into 3 groups and were given 3 boxes of clay.

The Tower should be able to stand on its own. 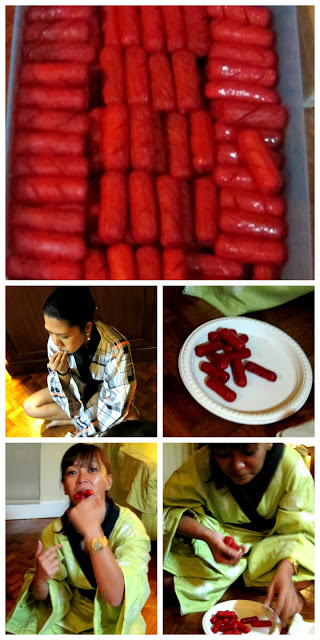 3 pairs were selected from the guests.

WINNER: Pair with the most number of hotdogs in the mouth.

They are not allowed to eat it, and should be able to take it out from their mouth in its original form.

S and Kay were the winners. 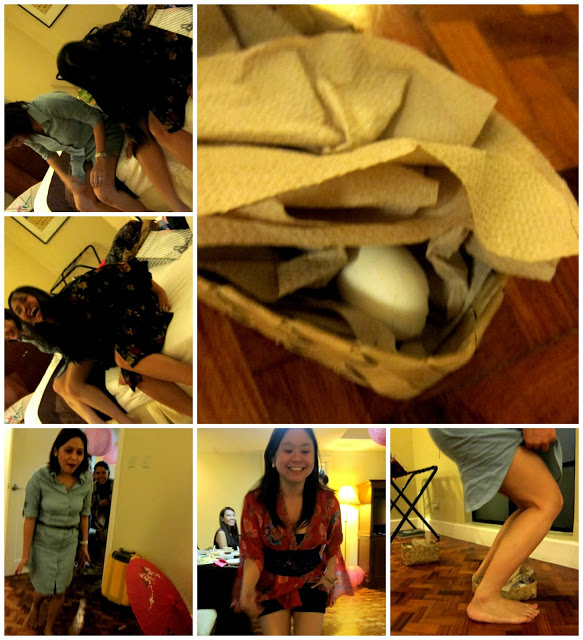 The guests were divided into 3 groups.

Each group should be able to transfer the egg from

one room to the other room where the nests were laid.

Kicker: Bawal hawakan ang egg. They should use their thighs. 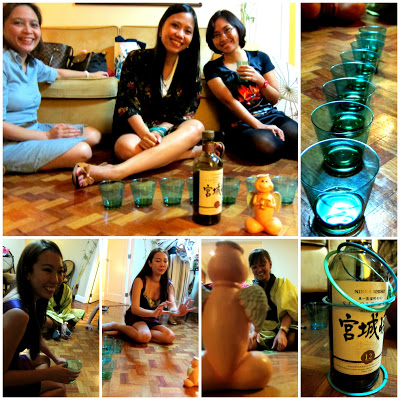 Each guest had 5 rings which they had to toss around Angelo, the Angel T****

If the guest missed, she had to take a shot of Nikka, the Whisky. 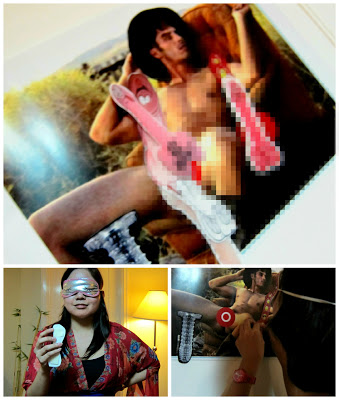 Guests were given funny pecker cut-outs which

they had to pin on Mr. Cowboy while blindfolded.

The bride was the last one to pin the pecker. 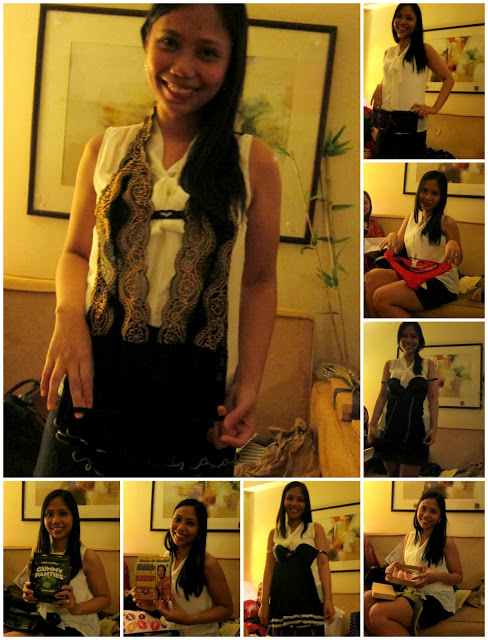 L got a lot of sexy panties, lingerie and toys for the honeymoon. 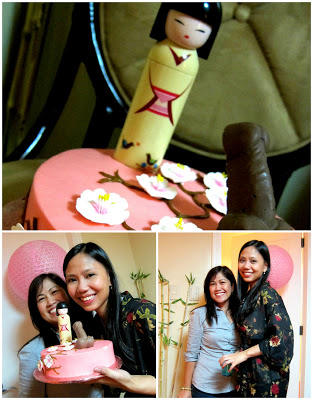 Special thanks to Kata for the yummy food!

We had some group photos too, siyempre naman! 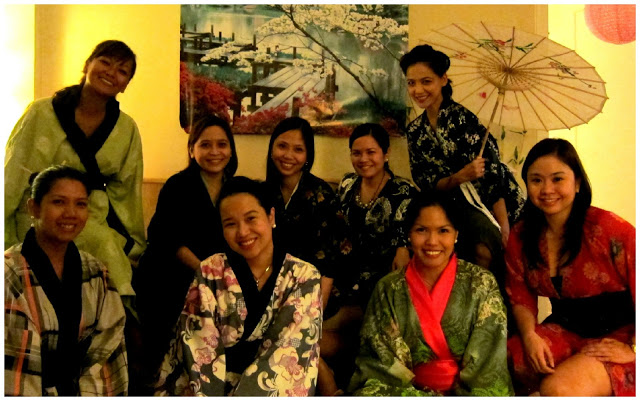 It was a fun night, and we hope L and the guests had fun too… Mukha naman!