And here’s another place to try out…

A friend of mine once told me never to try out a new resto/bar until it is 2 months into operations. The logic here is that at least somehow the resto would already have its groove on, and the operational kinks are generally ironed out. I have always tried to follow this sound advice, and so far I haven’t had much qualms about new restaurants I’ve tried.

So anyway, after a meeting with the PRISME team in some hotel resto, Mins and I decided we needed a drink. We couldn’t decide on a place and our regular hangouts didn’t seem appealing that evening. Then I suddenly remembered an IG post by Winds with a pitcher and a glass and the caption that says “best sangria in town!” And since Mins is addicted to the fruity stuff we decided to try it out.

I called winds and she gave me directions. Super easy to find – along 32nd street, BGC Fort, ground floor of that building directly across the parking of the complex where the drive-thru Starbucks is. Viola! We found Donosti!

The signage of Donosti is pretty inconspicuous… which already excited me. 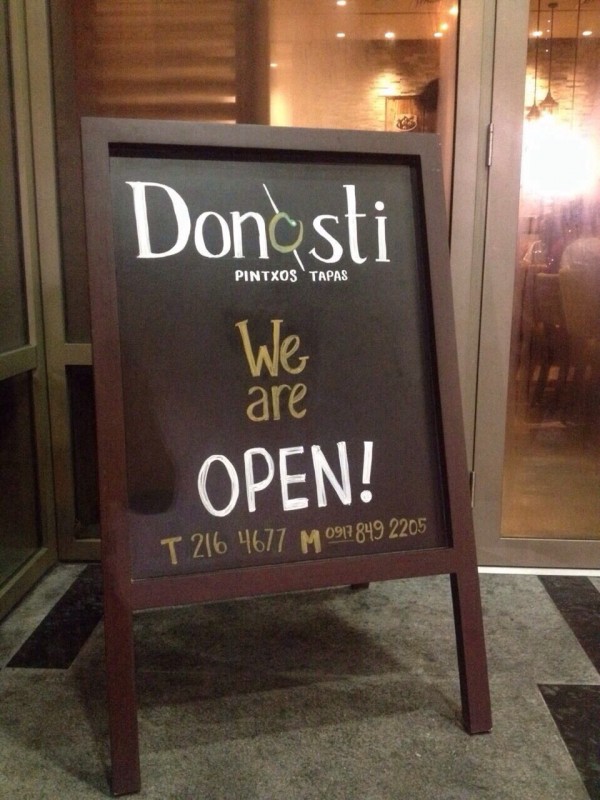 Quick facts: Donosti is short for  “Donostia”, the name of a town in the Basque region in Spain. The Basques are quite famous for their pintxos… which are kinda like tapas, but usually served with a “pintxo” or spike/ toothpick. Tapas on the other hand is a wide array of appetizers, and is a derivative of the word “tapar” which means “to cover”. Tapas are claimed to be originally from Andalucia, and were said to have evolved from those bread that men in the bars used to cover their drinks from the flies…(weird, but fascinating…)]

So we opened the door and I immediately found it strange that almost everyone in the restaurant turned to look at us enter. Inisip ko na lang at that moment that kasi ang gaganda naming dalawa siguro ni Mins… (Peace.)

Immediately I went to look for Jan, because Windi said he’ll take care of us. I really wasn’t looking for special treatment or anything, just good drinks. Anyway so I met Jan and he hooked us up with a huge pitcher of sangria…that was I must say THE BEST sangria in town. Mins was in cocktail heaven. And it was reasonably priced too at around P800/pitcher.

(This is Jan, whom i had to ask to have a drink with us because we couldn’t finish the pitcher. He even gave us tips on how to make great sangria at home…) 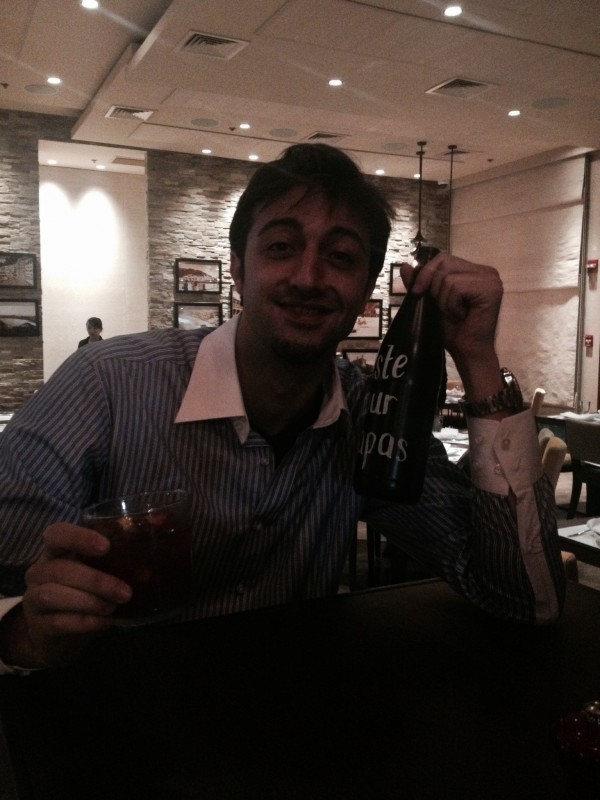 We didn’t get to order pintxos or tapas, since we only just had dinner then…but from what I saw on the other tables, it looks scrumptious and definitely deserves a re-visit.

Besides the cocktails, the bar serves draft beer (SMB baby!)

The interiors were carefully designed which I am particularly pleased with. The ambience was low-key, but tasteful. Simple, but elegant. Loved it. 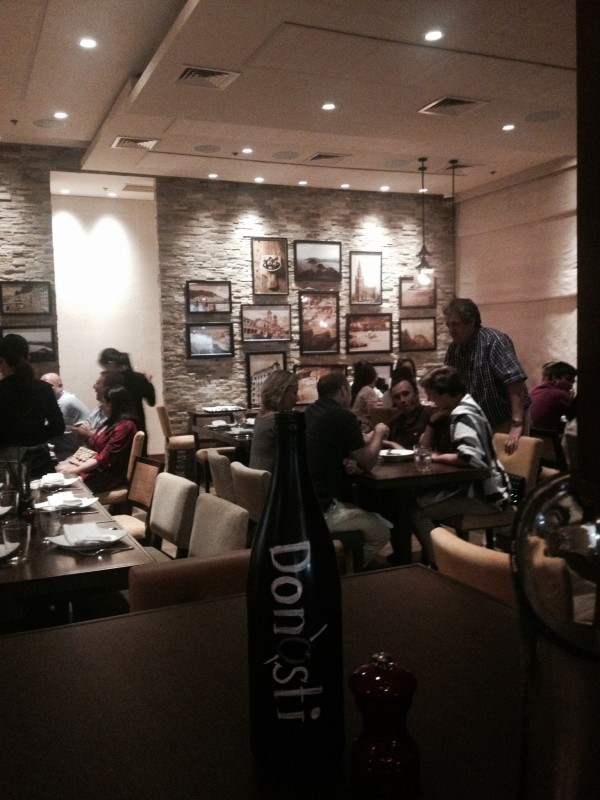 Oh I forgot to mention, there was quality service too at least for me and Mins… Even though we came only on the Second Night that it was open.. Hahaha! And most of the patrons present were family members and friends of the investors. Kaya pala parang ang excited nila nung pumasok kami… New customers! Hahaha!

Go try out Donosti, or check out their Facebook page first -> DONOSTI PINTXOS