I went to an exclusive girls’ school all through out grade school and high school. Medyo infamous and reputation ng school ko pag dating sa pananalita… medyo malupit kami magsalita ng tag-lish. It used to be that the madres in the school would blow a fuse if they hear us not speaking in straight English or straight Tagalog.

Over the years though, I think Old Girls have learned to embrace this quirky trait and make it a way of identifying one from the other. There was one time that I was speaking rather plainly to an older gentleman and he just spotted it right on from which school I was from (and I only let one tagalog word slip out mind you.)

Imagine my amusement when I saw this: 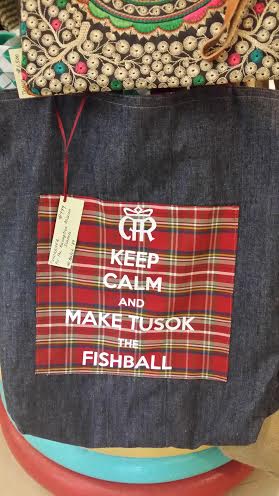 Found this bag in the shop in Balesin, managed by another Old Girl. Laaavet!