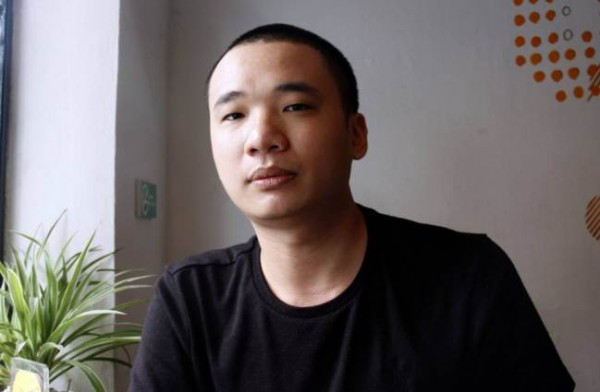 Following the announcement, the developer was the subject of a number of death threats and abuse through Twitter, as spotted by Eli Langer, with users saying he should “kill himself” or they will murder him.

One person tweeted: “F**k you asshole, I’ll f**king kill you if I have to. Put back Flappy Bird on the market or I’m afraid I’ll have to meet you.”

Another tweeted: “You best not be deleting Flappy Bird because I will murder you if u do”. Another: “You’re a f**king pussy!!! And this game sucks anyway. But you’re still a pussy. Kill yourself.”

While many of the tweets, which include suicide threats and one woman putting a gun to her mouth, may be in jest, it is another example of developers receiving abuse due to a game.

As per a report in the Huzlers, a ‘Chicago teenager’ was arrested for killing his brother, after the brother achieved a higher score on the popular game. The report said that “the teen was jealous of his brother and couldn’t take the anger”.

The authenticity of the report is yet to be verified, and it has to be duly noted that the Huzlers pride themselves in churning out a “combination of real shocking news and satire news to keep its visitors in a state of disbelief.” Hence the report has to be taken with a pinch of salt.

The two then got into an argument, and in blind rage Gary stabbed his elder brother “17 times in the chest”.

The report also has Gary telling his investigators the reason for stabbing his brother. “Anyone who has played that game would know why I did it.”

Police officer Marco Grant told Huzlers: “It’s a tragedy, he murdered his own brother because of a stupid game. I mean, I’ve played the game before, and it’s hard as sh*t, f*** that game! I couldn’t even pass 5,” he added, “Why the f*** are you a bird if you can’t f***ing fly straight, fake a** Super Mario piece of sh*t!”

Iyan tuloy, now he just wants to be left alone with his bird. 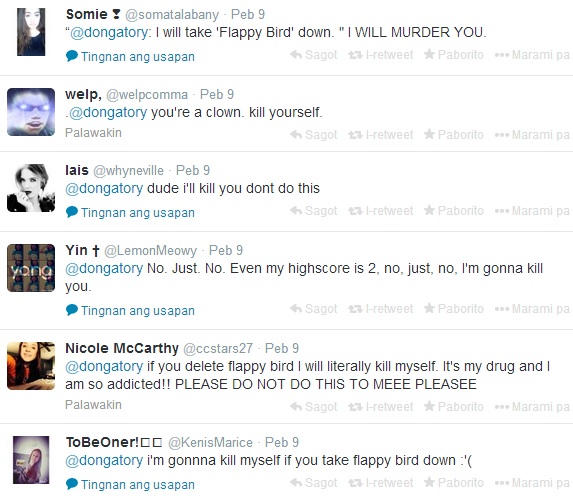 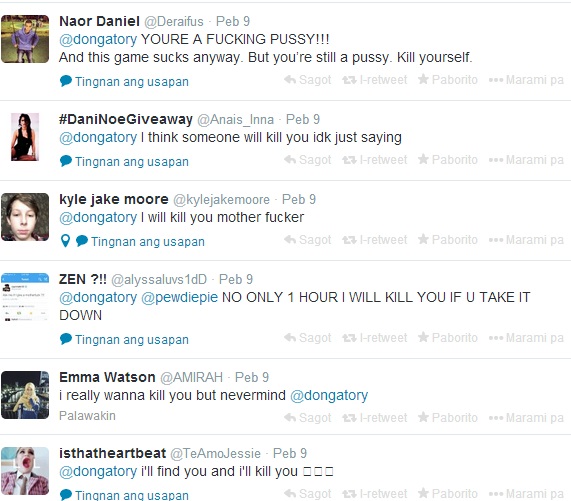 And come on, you can’t blame on a game such as Flappy Bird the failures of society to raise the youth (and apparently even adults) properly, or the incapacity of institutions to instill the proper values among its people. Really, nang-uudyok ba manaksak si Flappy Bird? Or na manakit? Or nag-inspire ba ito ng murder? Naglaro rin naman ako ng Flappy Bird at wala naman yatang ganun. This just goes to show na kung hibang ka, kahit anong maliit na bagay, kahihibangan mo.

Sana lang ma-realize ng mga tao na it’s just a simple game, and the purpose of games is to entertain and amuse us. Wala naman yatang nagsabi na you should let games control your life, because when you allow that, ikaw lang ang siguradong talo.