I really don’t like driving to QC on a weekday. The traffic is just horrible. But I was promised a unique kind of dinner and coffee experience and that was enough incentive for me. And because I was so scared of the traffic along EDSA, I ended up leaving quite early from Makati and therefore arriving 30 minutes earlier than the meeting time… D would’ve been so proud.

So I arrived at Coffee Empire and the culinary and caffeine extravaganza had yet to start. The service staff were very helpful and accommodating and led me to the upstairs balcony area. My first order was an iced mocha latte. I just thought I would compare it to the Starbucks iced mocha latte which I had earlier on that day. It was definitely different. I actually tasted the mocha and the milk and not just a whole bunch of sweeteners. 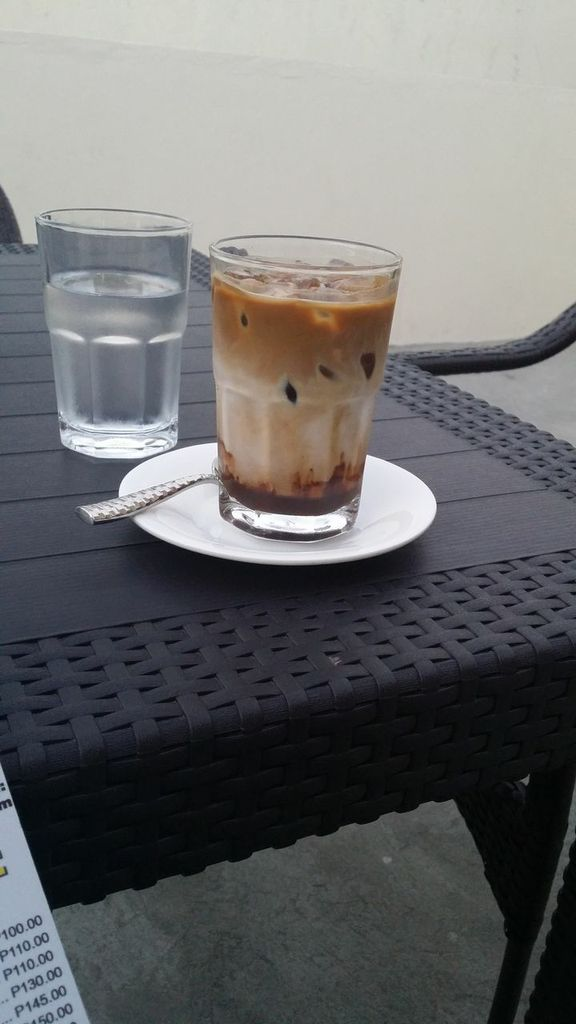 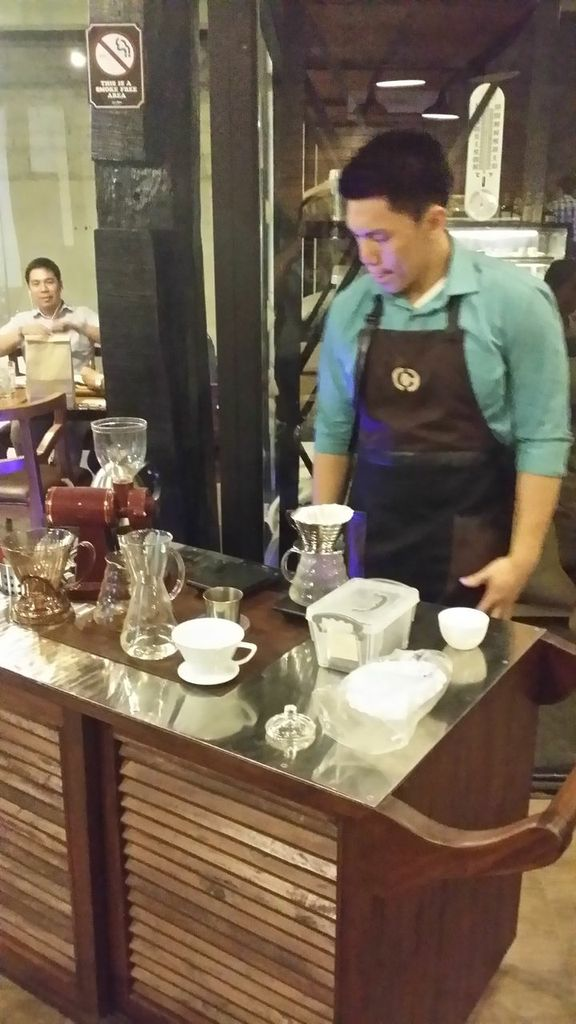 Cesar, the resident coffee consultant/connoisseur came and got the dinner rolling. 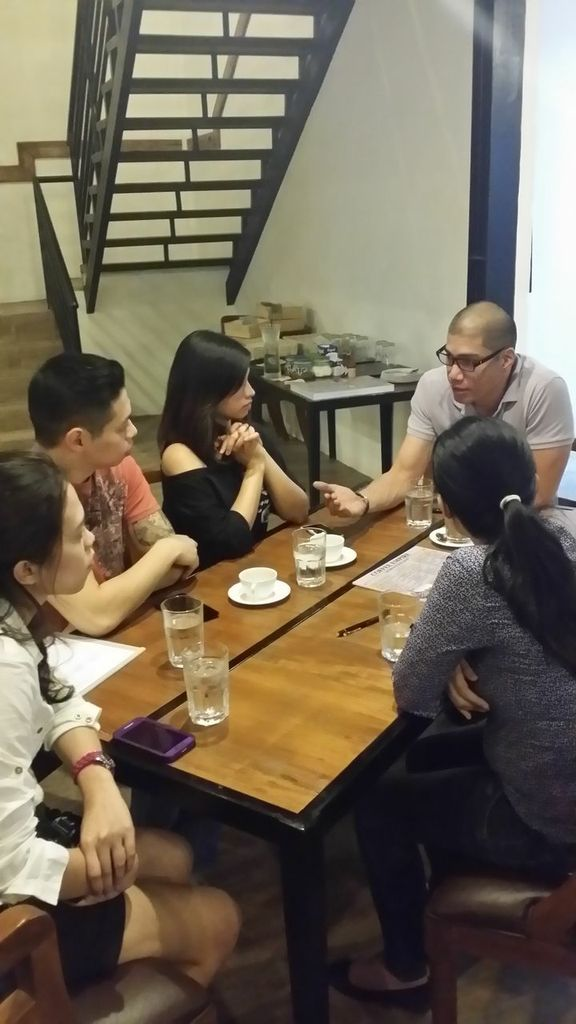 To start off I got a hot cup of a Sumatra coffee. Full-bodied and a bit citrusy. It was very pleasant and surprisingly easy to drink. 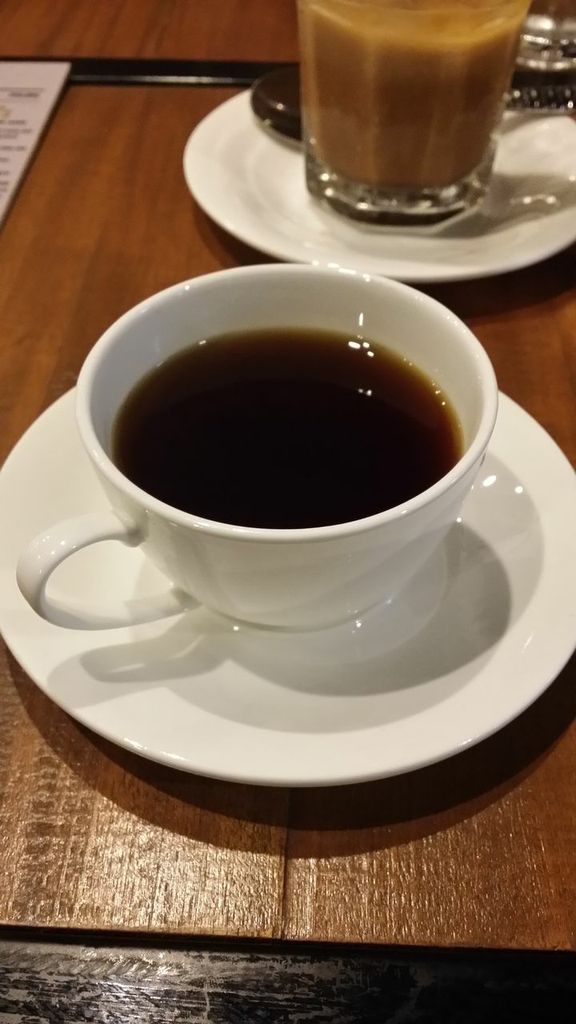 While sipping my coffee I had to ask what “Third Wave Coffee” is. Simply put, third wave coffee is artisan coffee… Brewing coffee as an art form and enjoyed as such. Coffee Empire boasts of having a very wide array of different coffee flavors made from highly graded beans sourced from the best farms in the world, and even some coming from up north in Sagada. 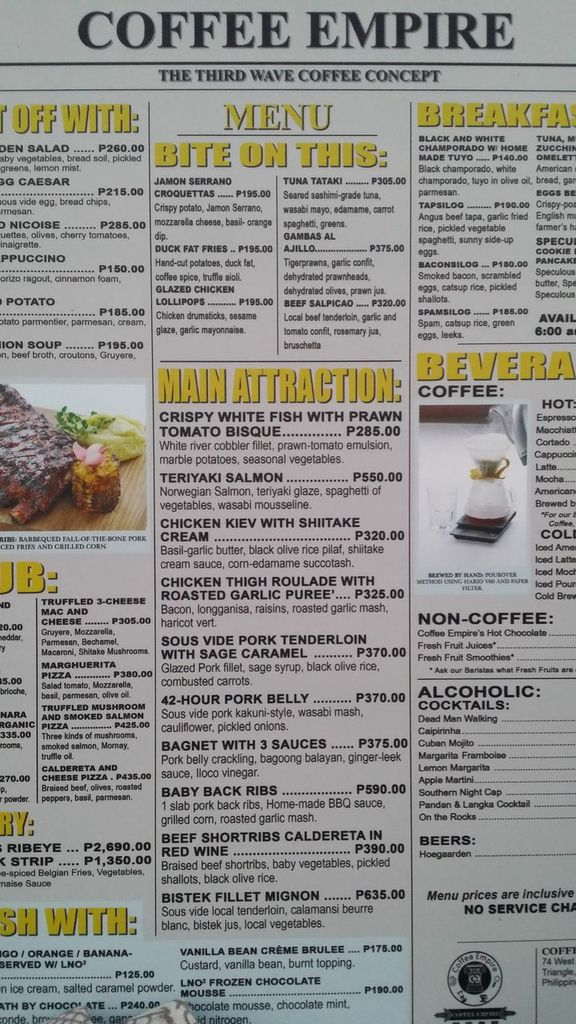 Then came the food.

I was treated to a gastronomic melange of flavors expertly prepared by award-winning Chef AC Agro. There were the salads – Nicoise and the you-can’t-go-wrong ceasar  salad. I loved the French onion soup. I’m guessing the squash soup was pretty awesome because my dinner-mate, V,  totally forgot himself and did not share a single sip of it. Peace, V.
– 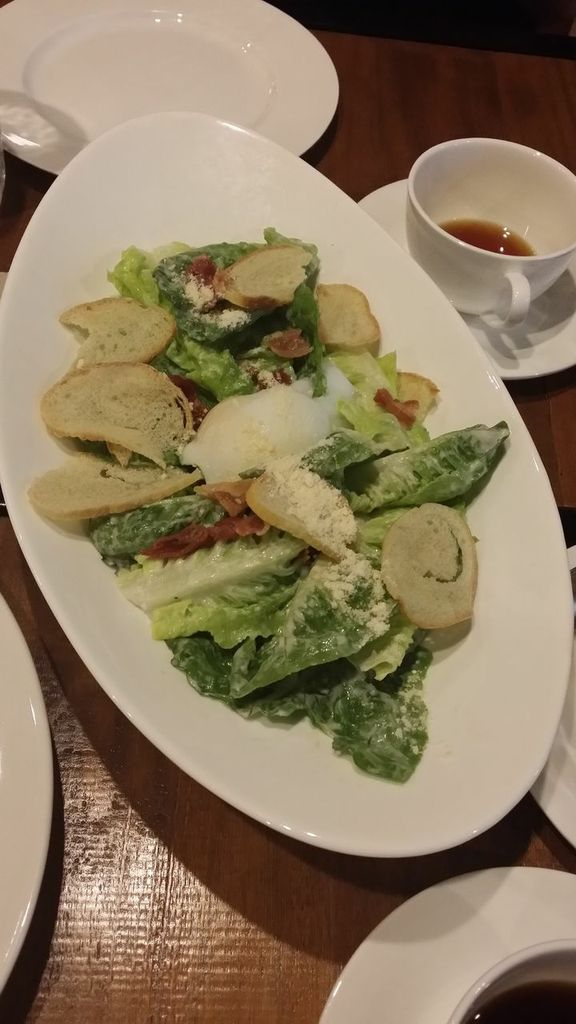 Ceasar Salad
For starters we had fries cooked in duck-fat, – yes it tasted as sinful as it sounds – perfectly seared tuna tataki and gambas.
– 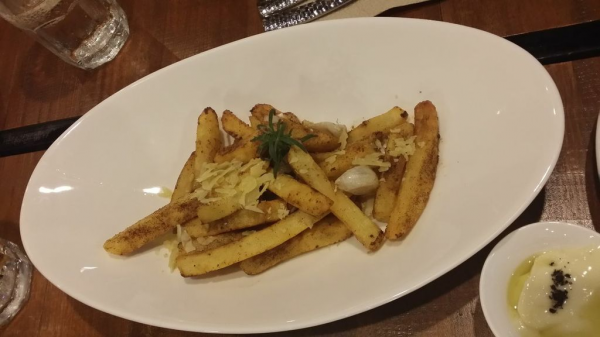 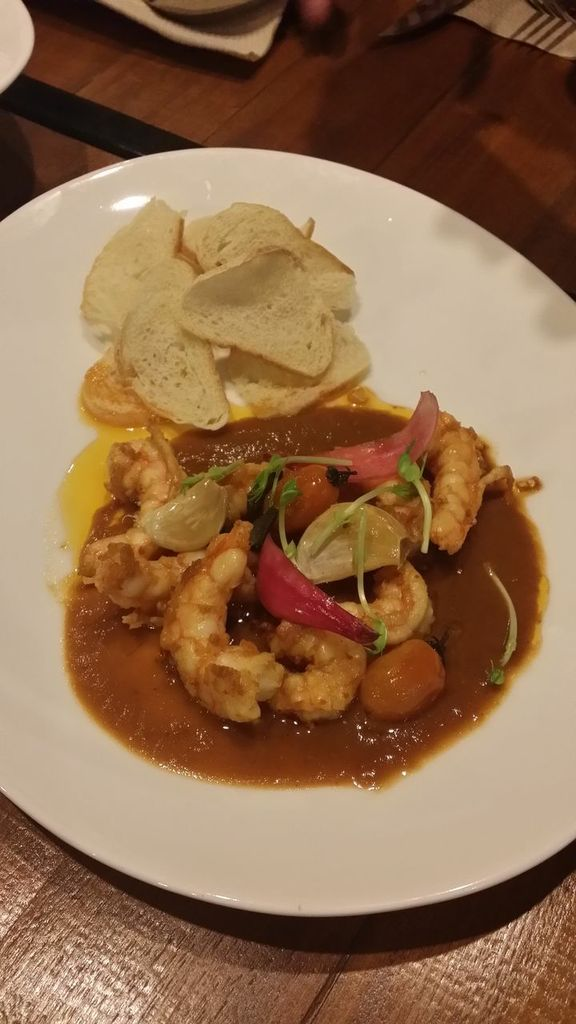 The mains were just as guilt-ridden. Almost everything that was served souvied– all flavors properly locked in. There was the 42-hour Pork Belly dish, the terriyaki salmon on mashed potatoes, and the chef’s version of mac n’ cheese. But my absolute favorite was the fondue burger… As in napamura ako sa sarap. Of course I don’t even have a photo of that sombitch ‘coz I just pounced on it.
– 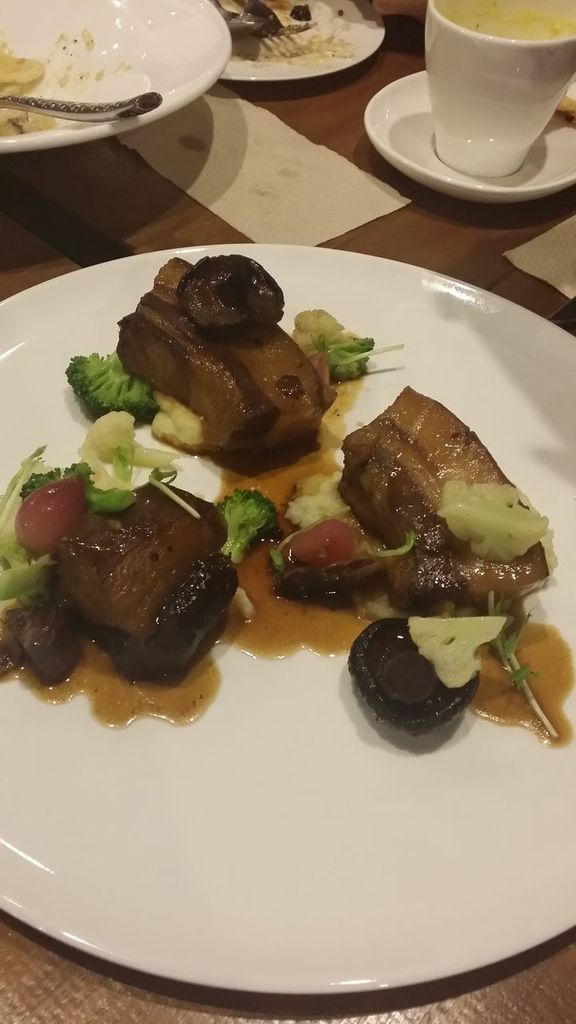 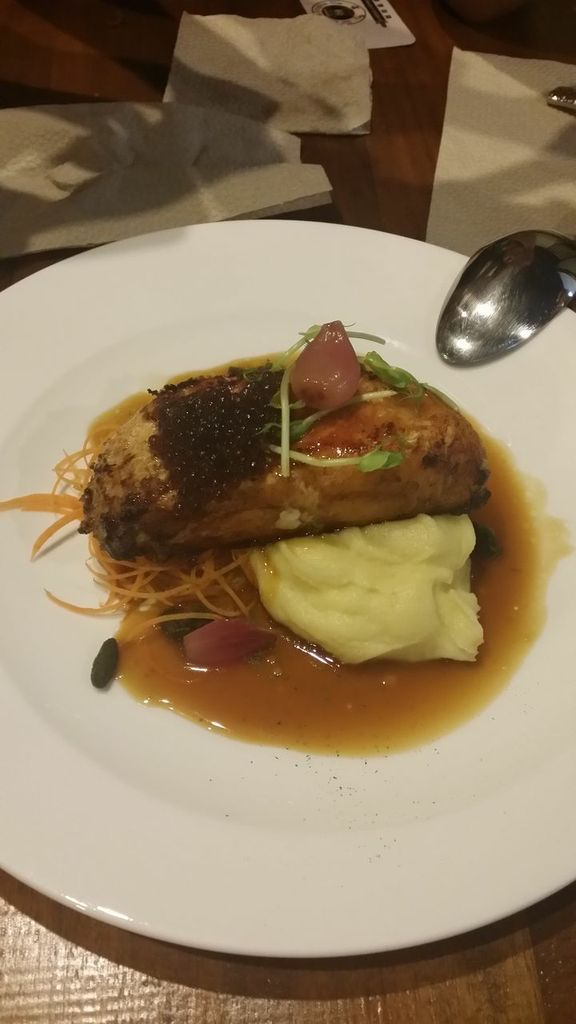 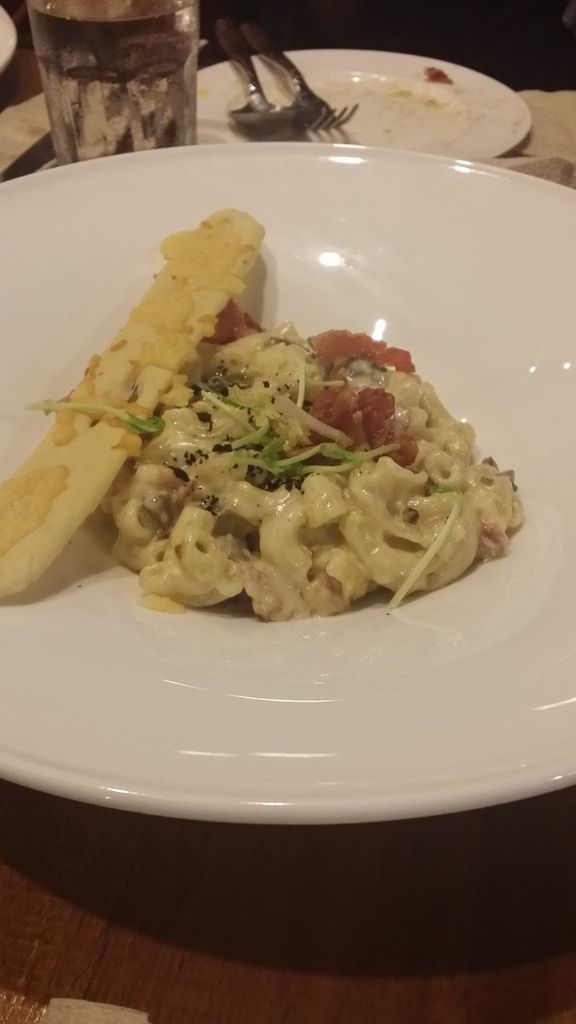 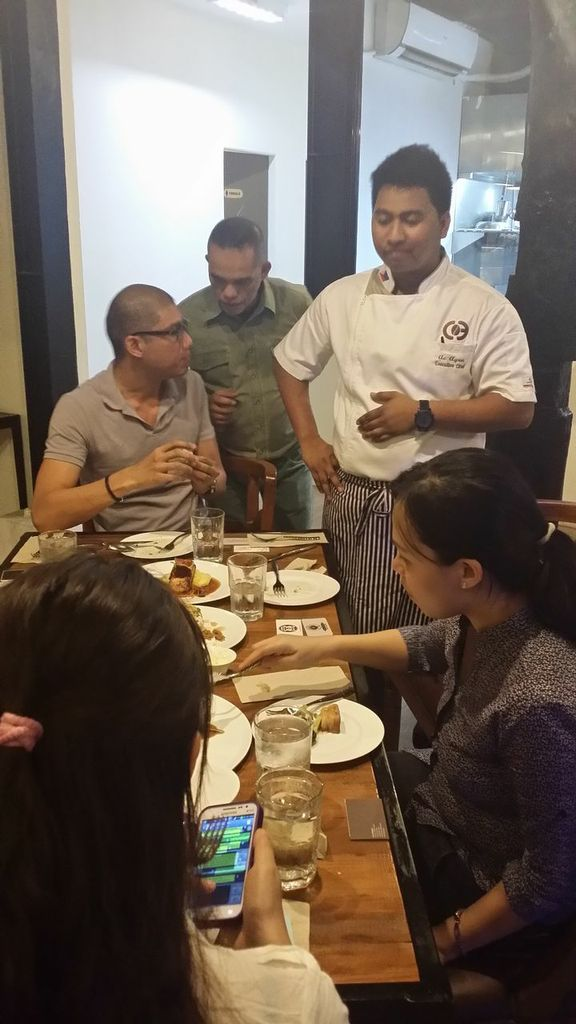 Chef AC explaining the meal
Needless to say, I was pretty stuffed and ALMOST said no to dessert. Buuuuut, there’s always room for dessert… ALWAYS. We were treated to a dessert crepe sampler platter, vanilla creme brulee, and Speculous pancakes, which is technically breakfast but what the hell.
– 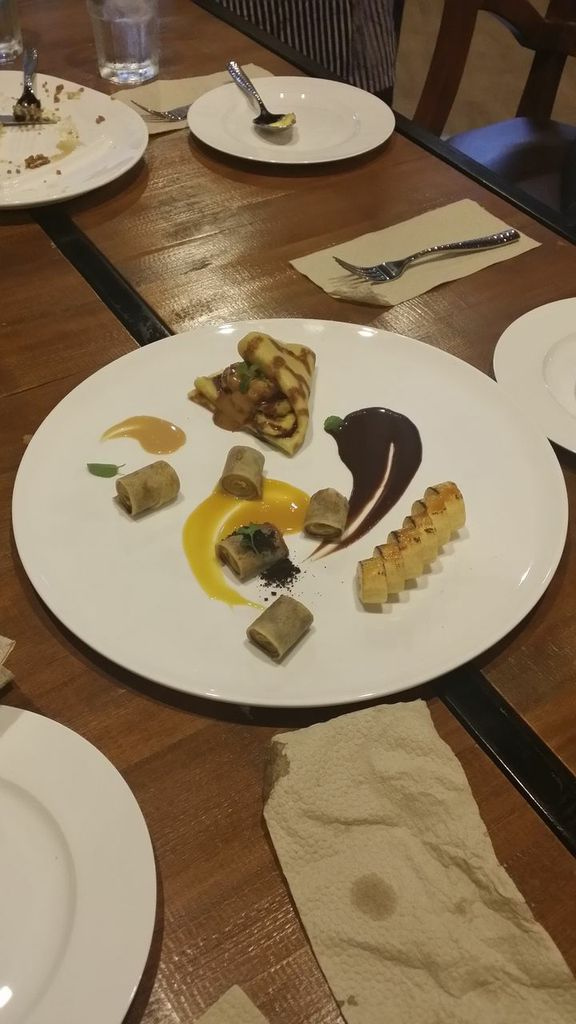 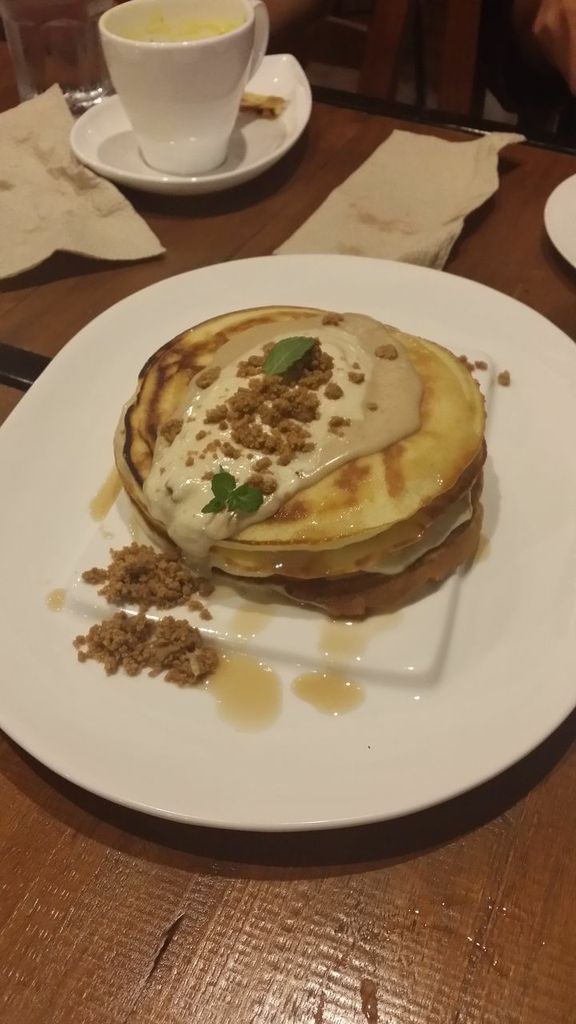 Coffee, of course, is best taken after a huge meal. We were led to the coffee bar. I’ve had iced coffee before but not cold coffee. It was served in a shot glass and quite strong. The best part was the cappucino and the foam art. It was such a treat watching the barristas do it right in front of us.
= 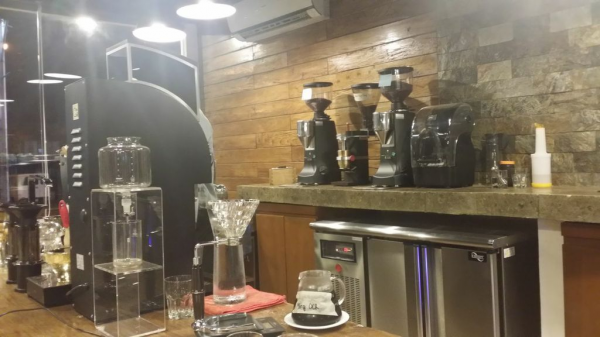 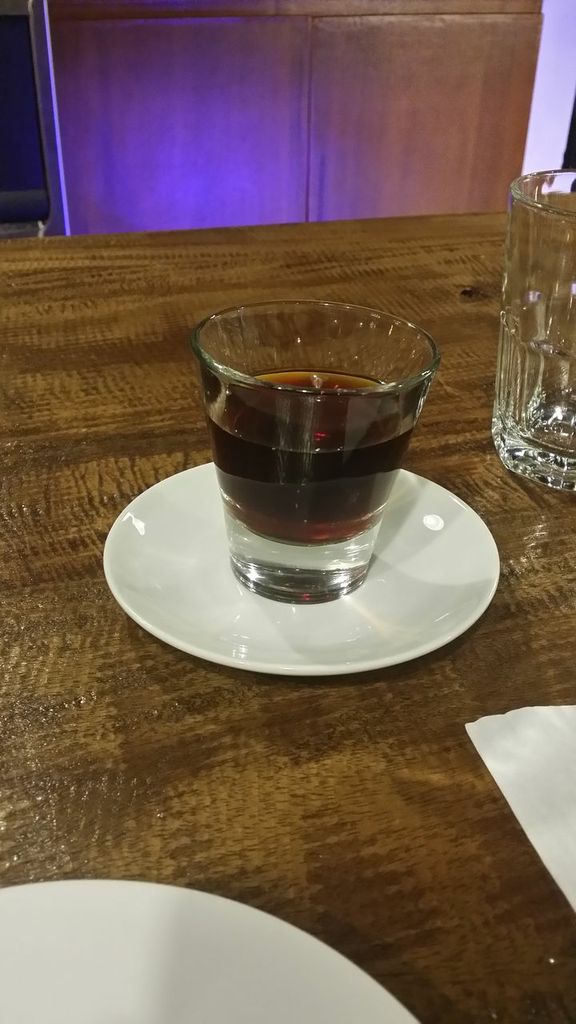 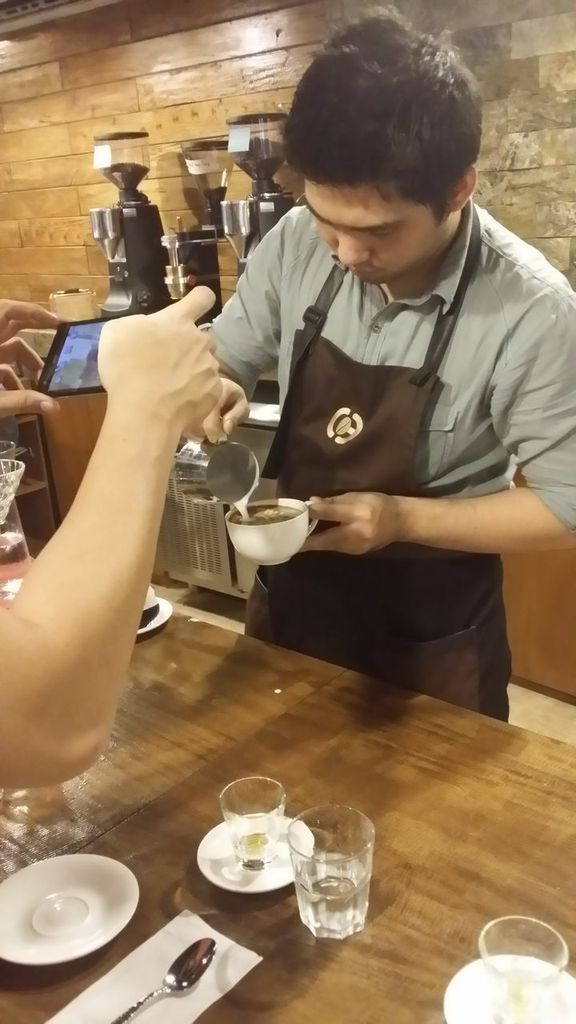 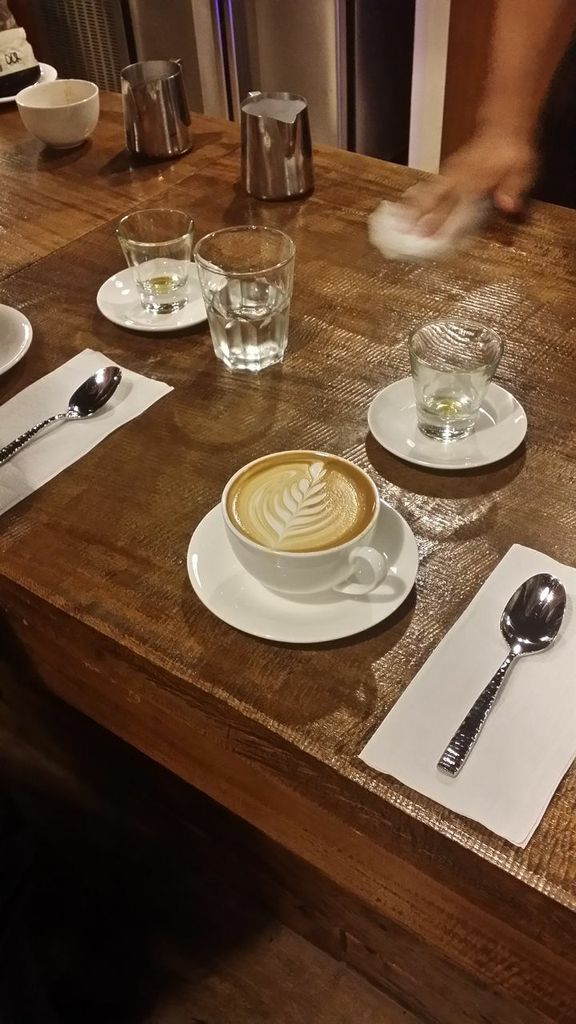 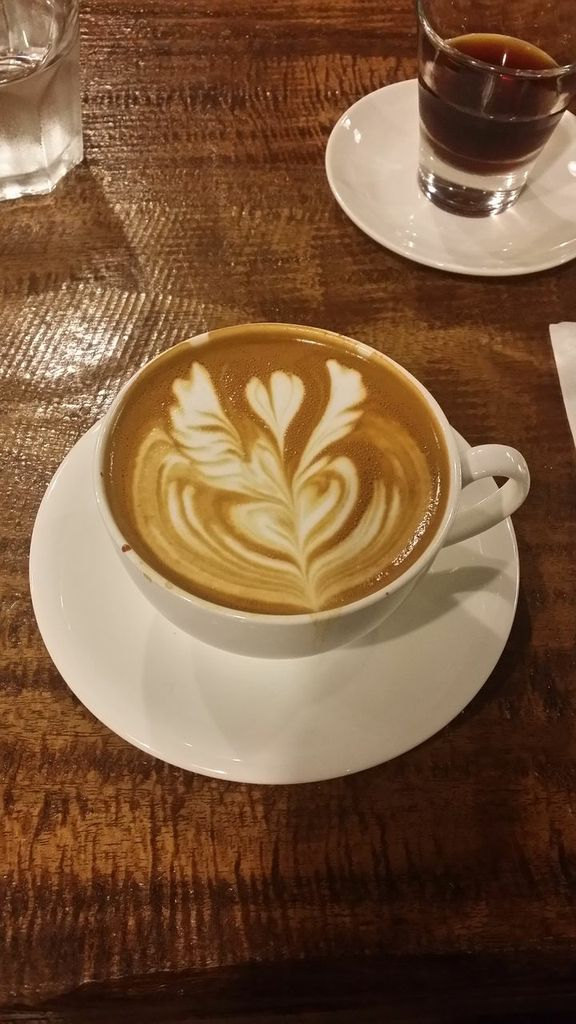 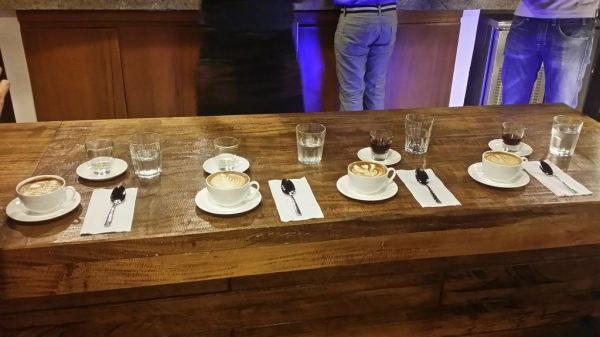 Coffee Empire is located along West Avenue, Quezon City (almost at the corner of Examiner Street). The building was designed with an earthy/industrial design, with a lot of warm wood panels and finishings, floor-to-ceiling windows. With the welcoming ambience along with the expert staff, Coffee Empire should soon become an easy watering-hole for coffee afficionados and foodies alike.