I went to pick up my buddy, L, from his place the other night. L is a guy. Good looking from what I’ve heard, decent, funny, stable, maybe has some sex appeal. Some women might call him a “catch”, I call him when I’m bored and I want to have real food at his place.

He gets in the car and this girl calls him up – some girl he’s been seeing on and off.

The girl, let’s call her Ditz… or maybe Z for short, was telling him how his roommate is just sooooo into him. (I know because I could hear Z’s high pitched little pa-girl voice blaring from the phone) L is roommates with my super long-time girlfriend B. Z kept going on and on about how much B would want to end up with L and that was her real ploy for staying in the same house as him, saying “She’s sooo into you…” L just kept saying he didn’t think so, and that he and B are really just friends, to which Z replied with an incredulous laugh.

When he finally put down the phone I was just about to gag.

So L turned to me and said, “It’s really something that I cannot understand here. People in the Philippines can’t seem to accept how a guy and a girl can just be friends. I’ve lived in other countries before (note: L is MUCH older than me) and this has never been a big thing.”

S: “Yeah, it’s hard for people here to accept how a girl and a guy can be that close and just have a platonic relationship.”

It’s kind of sad that people are so pent up about this.

And I have been on the receiving end of some of those kinds of criticisms. I have a couple of guy friends who are really close to me and they’re like brothers… like yucky icky brothers that you want to punch in the nose sometimes. Guy friends that I can literally sleep in the same bed with and not have to fidget and think if something’s going to happen. Friends I can talk to, won’t give me bullshit, and will come help me should I ever need it — they just happen to have a penis.

I guess for all the propaganda we here in Manila make about how modern and advanced we are there are still a lot of deep-rooted conservatism in the general populace, both in the young and old.

I find nothing wrong about two adults living in the same house who happen to be of the opposite gender. They don’t sleep on the same bed. They have separate rooms. They have their own lives. But like I said, a lot of that conservatism is still hard-wired into our very Filipino DNA. Not to say there’s anything wrong about keeping our values, which I am mostly proud of, truly. But I think one value everyone needs to instill in them and their families, is the value of “minding your own business”. Ok that sounds harsh. Maybe a better, subtler way of saying it is to not be so pejorative (yep… I totally “thesaurus-ed” that up). 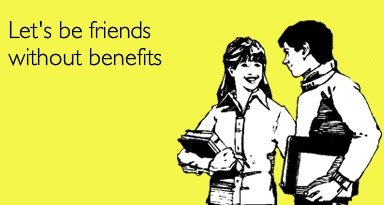 Not every guy and girl tandem has some underlying sexual tension or romantic inclination tied to it. There are actually just some opposite sex couples who do not want to sex each other up even though they want to be around each other a whole lot. There are just some people you like going to the mall with, watching movies with, talk geek with, go drinking with, go play ball with, insult each other in public with — it just so happens sometimes those people tend to be from the male side of the species.

To all the other platonic opposite sex couples out there, stand up and be proud. There is no shame in liking each other, but not enough to get into each other. 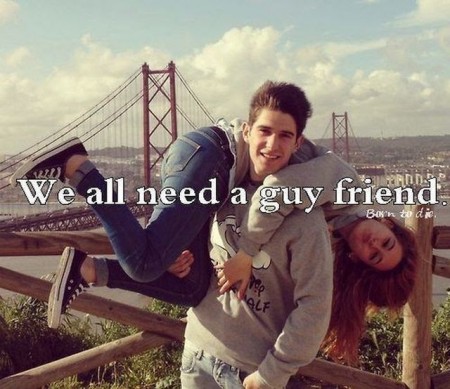