Nag-evolve na ang love ni Addie for jungle animals and insects. Ang trip niya now… dinosaurs!! One time pag-uwi ko, she asked me, “Did you see a Triceratops?” Huwaaat?? The Triceratops are not friends daw with the T-Rex. At may sinasabi pa about Brachiosaurus (ginoogle ko pa ang spelling niyan)… Ewan!  She learned all of those from Dino Dan. 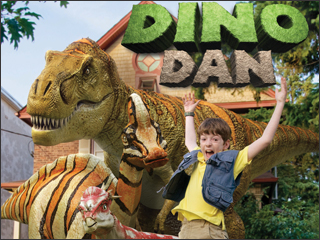 Dino Dan follows the adventures of the paleontologist-in-training Dan Henderson and his friends, who uncover clues about the past and secrets of the dinosaurs. The show combines live action with CGI dinosaurs.

10 year old Dan Henderson learns about dinosaurs as he conducts experiments on dinosaurs he sees in his environment. It is unknown if they are real or the result of his active imagination, some animals have also seen them, such as his dog, and in the episode Dino Trackers, Dan’s younger brother can also see the dinosaur tracks. Source 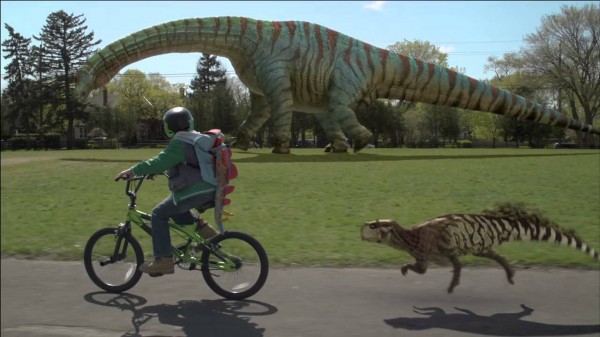 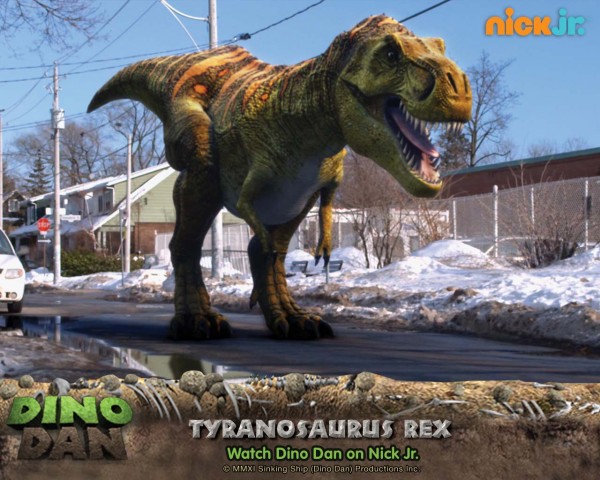 Now, when we play, we pretend to be a T-Rex Family. Ako si Mommy T-Rex, Papa O as Daddy T-Rex and siya daw si Baby T-Rex.