“Yoga is not for me. I can’t sit still,” says star celebrity Chef Sau del Rosario, waving his hand in the air with the flourish. He took a break from checking and re-checking the Sunday buffet at Fresh, and joined us and a few other foodies in the private room. Kakatawa si Chef, and ang daming kwento. I was laughing all through-out the 3-hour lunch, at one point I almost choked on the sago-gulaman I was drinking.

Chef Sau has been the guest celebrity chef of Solaire’s underrated, though immensely fantastic buffet restaurant, Fresh. Since June 15, Chef Sau has continuously been wowing diners with his “fiesta everyday” spreads. Despite having been heavily influenced by European Michelin Star Chefs with whom he worked with, Chef Sau is best known for being the best ambassador of Filipino cuisine locally and even around the world. 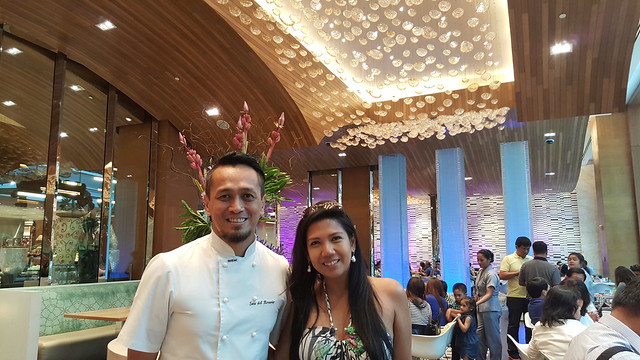 The Sunday buffets in hotel restaurants are always a treat for me, especially because it always almost comes with free flowing bubbly. Hindi ako alcoholic, minsan lang talaga kailangan. Like the Sunday I went to check out Fresh, I was suffering from my regular bout of hangover from drinking like I was still in my 20s the night before, and the best way to take the edge off is to get a little more booze in your system. Promise, yan ang purpose ng may champagne or fizzy cocktails kapag Sunday brunch. And Fresh did not disappoint. I had a full flute in my hand already while I was still just checking out the dishes in the line-up. 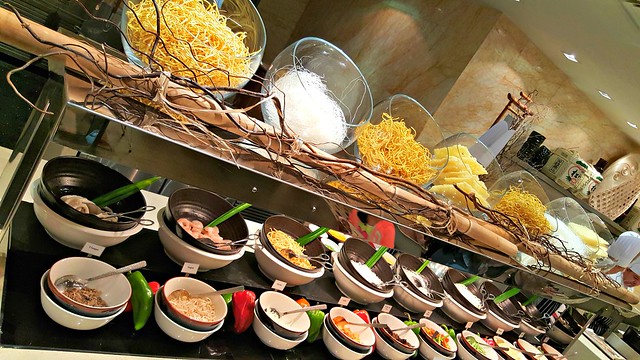 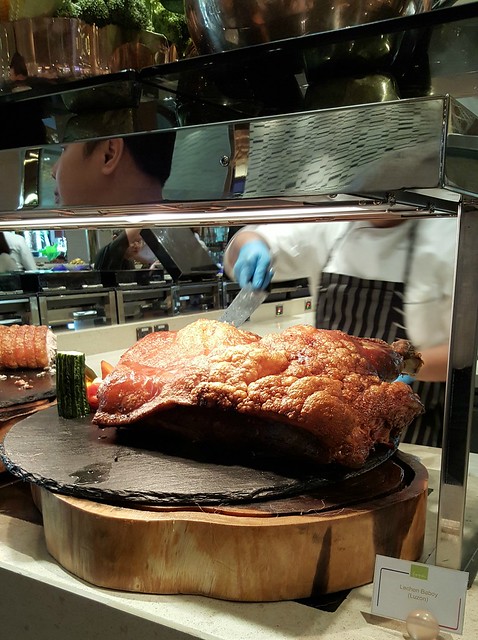 The Filipino Food Festival cuisine that Chef Sau put out made me fall in-love with Filipino again. Parang I wanted to renew my vows — that I shall never have any other favorite cuisine other than Pinoy. Who woulda thunk??? But Chef Sau is Chef Sau because he has found even the most obscure grandmother recipes from the Ilocos region and turned it into something any taste can enjoy. Pati si CJ di mapirme sa table, naka ilang balik din. Chef even came up with a way to maintain the Japanese section of the buffet and turn it Filipino, and my favorite sushi was the one with the green mango and tinapa inside. It was such a perfect subo. 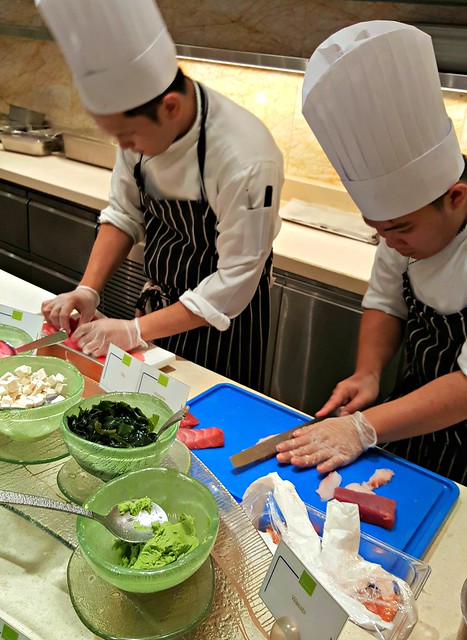 Fresh and Chef Sau was definitely a perfect match. Both hold fresh ingredients in such high regard and as key to having an excellent dish. That’s quite tough when you have to lay out a buffet day-in and day-out. But Fresh sticks to its guns, and excellence pays off. 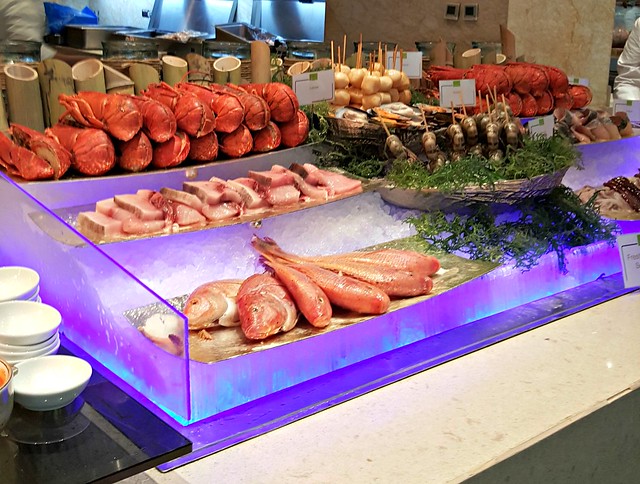 Besides having fresh, and generally locally-sourced produce, Fresh has a fresh and open ambience. Unlike other hotel buffet restaurants which feels stuffy and you always seem to be going through an obstacle course trying to get back to your seat with a plateful of food, the lay-out of this restaurant is refreshingly open and obstacle-free. The décor is sleek and bright, contemporary with classic lines. I love the lighting – both the light fixtures and the natural light that comes from the next-door atrium. Nakakaginhawa ng feeling, nakaka-relax, and nakakaengganyo kumain at makipag-bonding with friends and family. 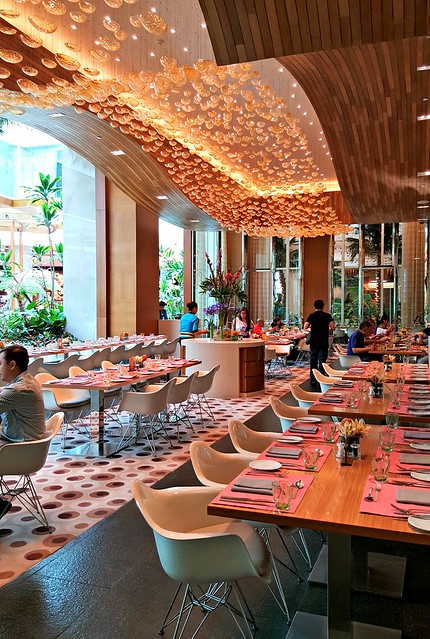 If you haven’t tried Chef Sau’s food yet, better head on to Fresh ASAP. The Filipino Food Festival is on until July 15, 2015. See what else you can expect on Solaire’s website, http://solaireresort.com/restaurant-promo/fresh-filipino-food-fest/